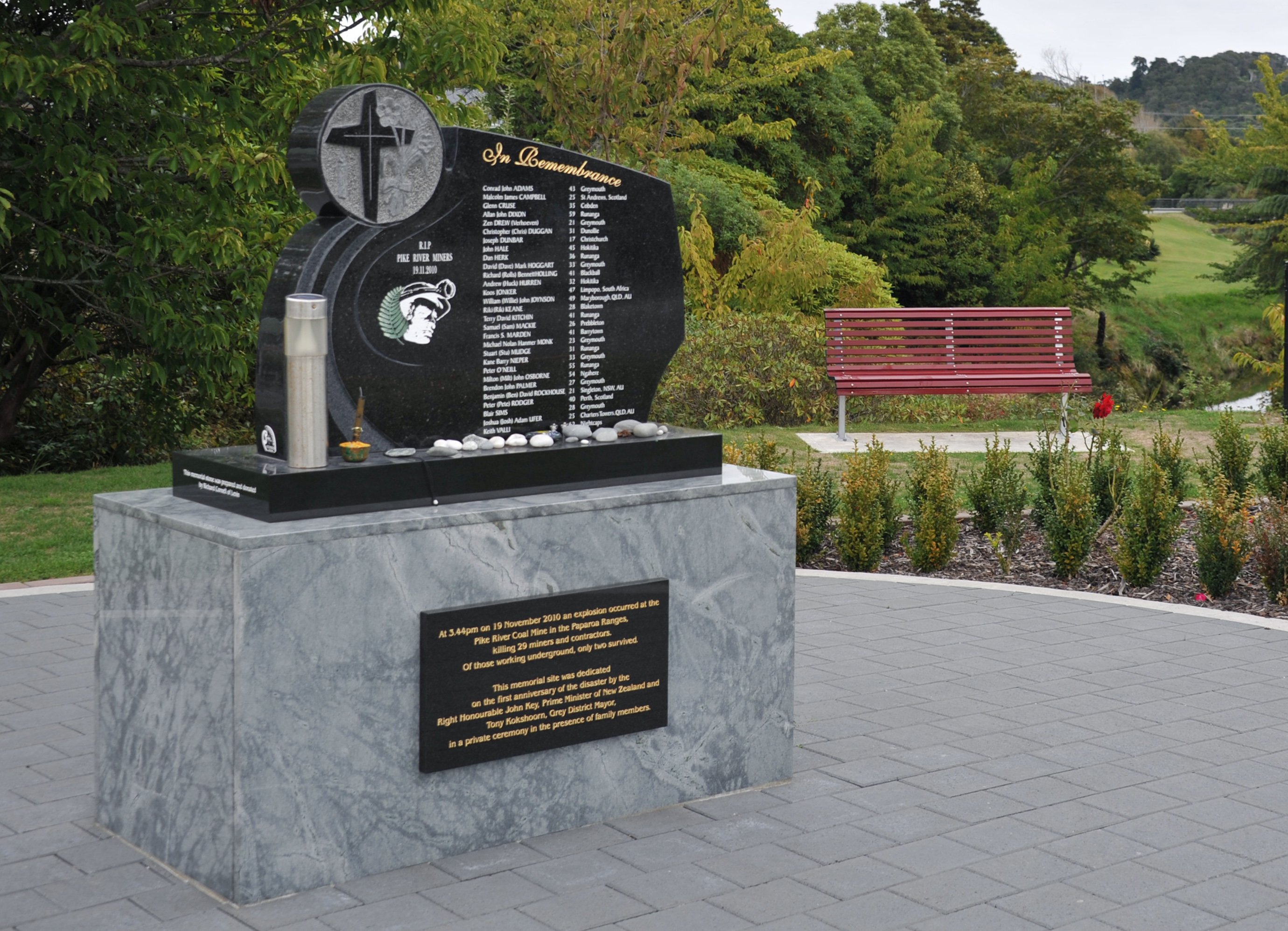 In the early 1990′s I lived for four years in the small West Coast township of Ngahere. It was a privilege to serve as the priest for the people of the Grey Valley, on the north-western boundary of the Catholic Diocese of Christchurch.

I remember well the spectacular morning views from the presbytery verandah, across the paddock to the Grey River and beyond to the moody Paparoa Range, beautiful both backdropped in blue sky, and even more so when heavy with mist or shrouded in cloud.

On 19 November 2010 a major methane explosion occurred at the Pike River coal mine in the hills of Paparoa. Yet again the name of a beautiful place has become synonymous with the tragic loss of life, think Brunner,  Strongman,  Cave Creek among too many others. Now, when we hear of Pike River we no longer think of the place of beauty, but of the twenty-nine men who were killed in the Pike River coal mine.  On that day, early in the afternoon,  31 miners were underground at the Pike River mine. Only two managed to escape before further explosions over the following nine days took all hope of the survival of the remaining 29 men who were left more more than a kilometre underground.

In the four years since, the families and friends of the 29 miners have endured open-ended grief and a series of dashed hopes as the possibilities for retrieving the bodies of their loved ones emerge, only to come to nothing. Earlier this month the families were told that it would not be possible to enter the collapsed mine, and the bodies of their sons, fathers and brothers would remain in their Pike River grave.

When one we have loved dies, perhaps unexpectedly, or after an illness, there is naturally some speculation about what we or they could have done to prevent the death. Maybe if he had exercised more and smoked less he might have avoided the heart-attack. If only I had taken her to the doctor when she complained of the headache. This discussion happens at the time of a funeral when family and friends gather. These days are difficult, but a few days or weeks after the funeral those who grieve have a feeling that it is time to move on. This is helped by the common funeral rituals where the body of the one we love is received, honoured and laid to rest. If the death is the result of an accident (as in the Christchurch earthquake) there is a healthy desire to examine the possibility of human error, but most often the body is received so that a dignified burial can be given.

The situation for the Pike River families is very different. While the four years since the tragedy have been grief-filled, and the families have sought justice for those whose lives were taken, the bodies remain in the mountain.

I noticed a shift when a spokesperson for some of the families, himself the father of one of the young men who died, was interviewed last night. I was moved to see him shake the hand of the Prime Minister who had conveyed the news that the families had dreaded. When Bernie spoke he said it is now time to move on.

The men who died in the Pike River tragedy are now laid to rest in one of the most beautiful places in the country which will now remain for all time a sacred place where people will come to reflect, to pray for those who died in this place, and to renew their resolve to ensure that such a tragedy can never happen again.

To pray in the words of Bishop Barry Jones’ message to the people of our Christchurch diocese at the memorial service after the Pike River tragedy:

We grieve, and pray,
for those who loved them
and who will not see them living again in this world.
We commend the deceased miners to God
and pray that they may enter now
the love that never ends.
Amen.