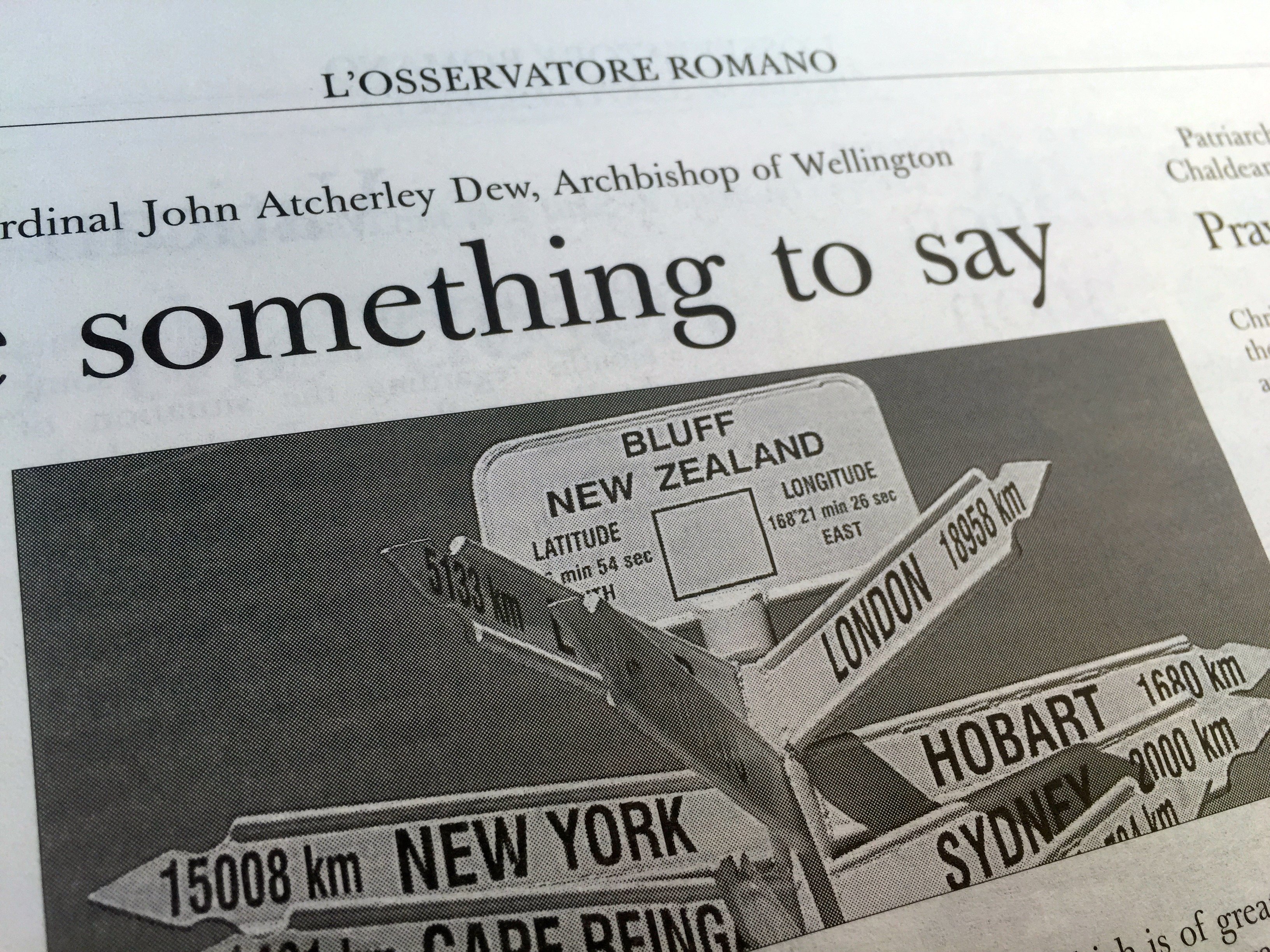 I picked up a copy of the Vatican Newspaper yesterday and was not surprised to see an interview with Cardinal John Dew. Pope Francis is attracted to peripheries and New Zealand is pretty peripheral at least geographically. You can read the interview at this link.

In his interview Cardinal John acknowledges the gift of new immigrants to New Zealand. He makes the point that there have been many waves of immigration to New Zealand, especially since WWII.  While most sides of my own family had arrived in New Zealand more than sixty years earlier, the fact remains that I am the descendant of immigrants who arrived in NZ almost 1000 years after the first people of this land.

This fact helps us to acknowledge the gift that the most recent waves of immigrants are to our country and particularly to the Christian communities of our land. I think especially of the Good Shepherd parishioners from the Philippines and South America. Thank you for choosing to make your home among us.

While I wasn’t surprised to see Cardinal John’s interview, I certainly wasn’t expecting to see a picture of the Bluff signpost in L’OSSERVATORE ROMANO! 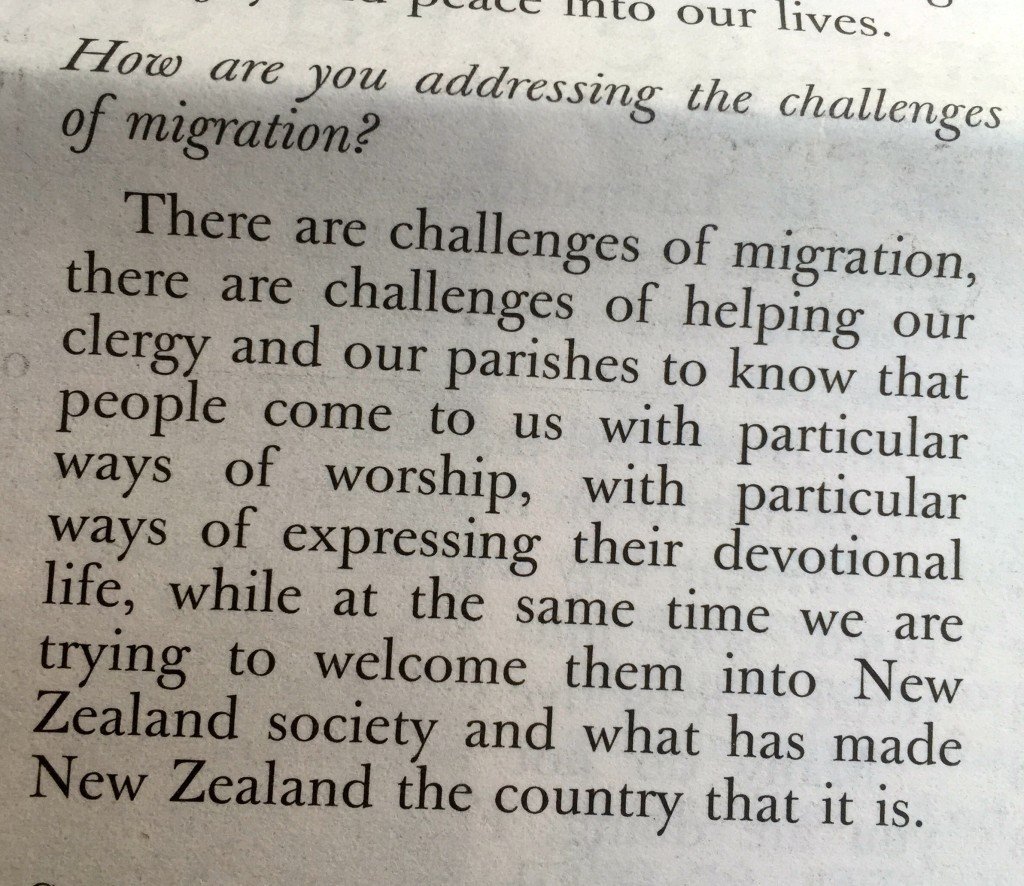 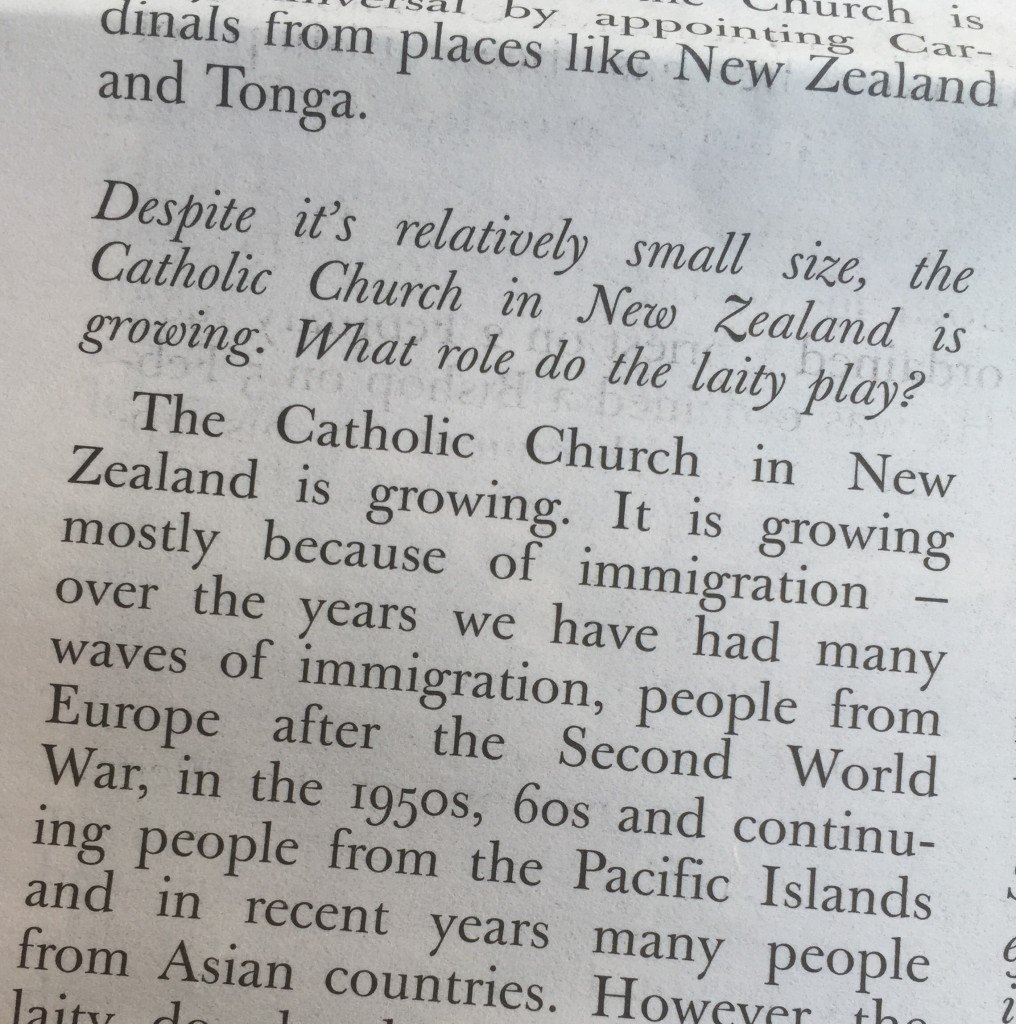