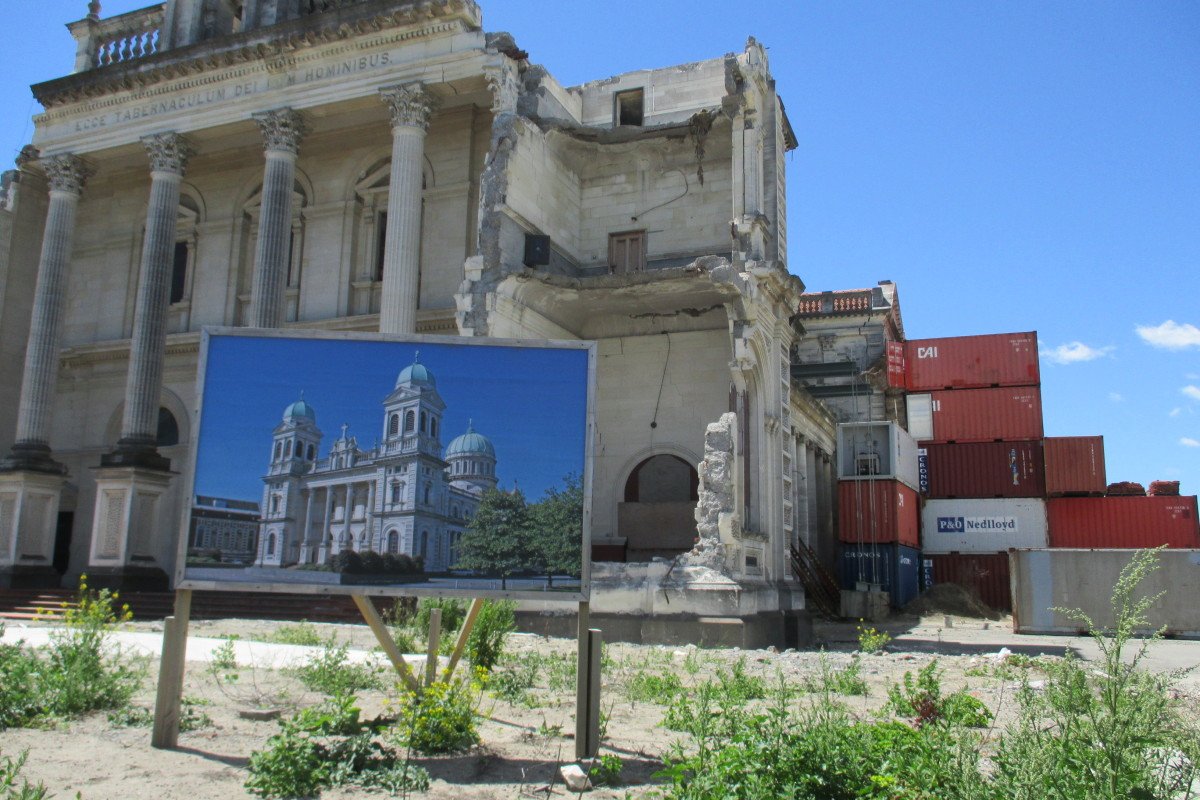 There is a moment in Gerard Smyth’s “When a City Falls” which for many Christchurch Catholics captures the devastation of the earthquakes. Gerard has led us through much of the destruction: broken bodies and broken buildings, then turns to walk down Barbadoes street towards the Cathedral. The moment he sees the fallen towers, all the emotions of that early afternoon are released and he is no longer able to continue filming. Gerard’s expressed the emotion that many of us felt at the apparent loss of our Cathedral.

For almost five years now (since the first earthquake in September 2010) we have not had the use of our Cathedral. in the later months of 2010 until the February 22 quake, the Cathedral stood as it had for 105 years and it looked as though we would have to embark on a strengthening project. As the towers fell in the early afternoon of February 22 2011 we knew that we would be lucky to retain the Cathedral.

Now, with news this morning, it seems there is hope that at least the beautiful nave of the Cathedral may be able to be saved. (Press May 28 2015)

This morning, after four years of intensive investigations, the hopeful announcement comes that every effort will be made to save the nave of the Cathedral and to in future to add sanctuary and perhaps narthex and tower. While it seems that limited finance will prevent a complete rebuilding of the Cathedral, we would once again have a dignified and beautiful Cathedral thanks to foresight and generosity both of our ancestors and Catholics and friends of the diocese today and into the future.

Here is this morning’s press release at the diocesan Website

Most of all this morning I am grateful to all those who have been working with the bishop behind the scenes to ensure that all necessary investigation is done, and all options considered for the future of the Catholic Cathedral of Christchurch.  While the next step is another stage of investigation as to whether it is possible to retain the name, I am grateful that the process is not a hasty one, and I am confident that guided by the Holy Spirit whatever future decisions are taken will be in harmony with the will of God and therefore for the good of the people of our diocese.