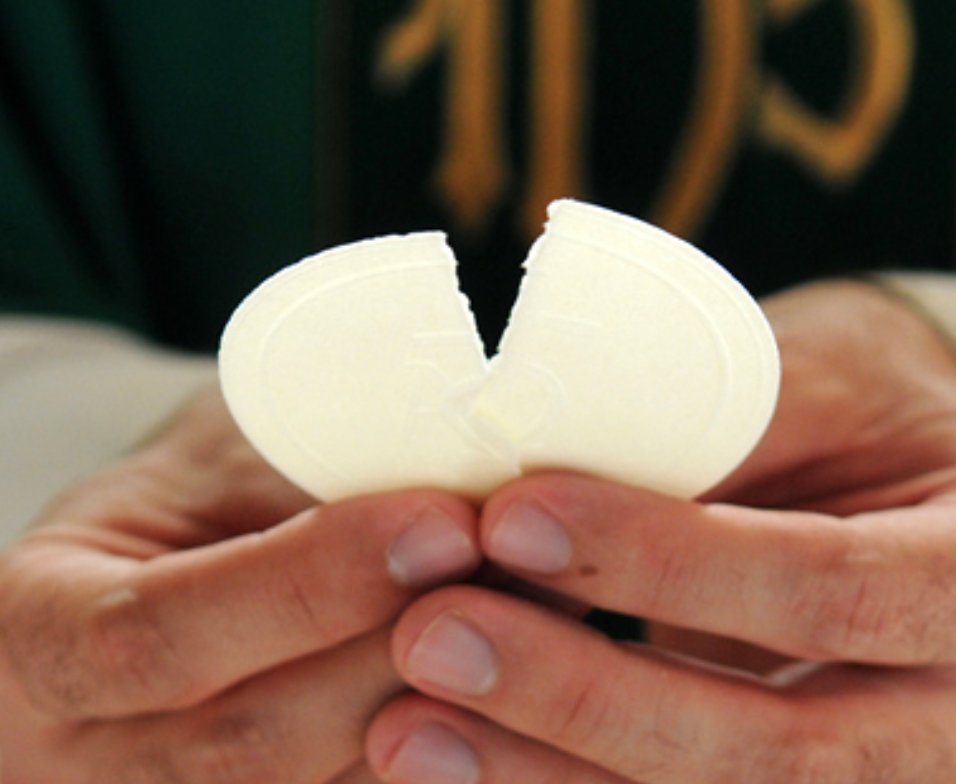 It is clear from gospel evidence that the presence of Jesus on earth two thousand years ago was not a comfortable presence for many of those who encountered him. While the humble and publicly needy were lifted up by his mercy and embrace, the powerful and proud were crushed by his challenges to them and his lack of patience with their pride and rigidity.

In today’s gospel we hear the followers of Jesus responding to his teaching complaining “This is intolerable language. How could anyone accept it?”  Jesus is aware that the people are not happy: “Does this upset you” he asks. You might think that on hearing their reply Jesus might go easy on these good people and give them a break, but he goes on to make matters worse: “there are some of you who do not believe” he accuses them, and as a result “many of his disciples left him and stopped going with him”

It is significant that today’s gospel reading concludes a month of Sundays’ focus not on issues of morality and adherence to religious laws, but on the deeper heart of the Christian message, that is, our receiving of Jesus who gives us in reality his body to eat and his blood to drink.

Take a moment to read that last sentence again. The concept itself is difficult to digest: for a man to say eat my body and drink my blood is distasteful to say the least, but this is what Jesus commands his followers, and this is the event that has for two thousand years has been the source and summit of Catholic life. Through twenty Christian centuries those who have sought to destroy the church knew that all they had to do was to make it impossible for Catholics to celebrate the Eucharist. Even pagan minds knew the power of the Eucharist, and they understood that without weekly participation in the Eucharist Christian faith would fold.

Some readers may remember a time when participation in Sunday Mass was the event at the heart of every Catholic’s week. But back then it was also relatively rare to receive communion at Mass. It may have been that a person knew that they were not sufficiently at peace with God and neighbour to receive communion. In this era people knew that the Eucharist was never to be received without sufficient preparation in the hours beforehand (remember the fast from midnight – or the one hour fast which remains today), and with freedom from all sin that threatened to kill the graced life of a Christian. Regular confession was known to be an essential part of the life of the Catholic. The gospel teaching was also taken literally: “If you have something against your brother or sister…before you come to the altar, first be reconciled to your brother or sister, and then come…” Mt 5:23.

The holy pope St. Pius X realised that while Catholics were at Mass every Sunday many were receiving communion perhaps only a few times in their lifetime. In 1905 he wrote requiring Catholics to receive communion once a year as an absolute minimum.

Perhaps it is in the nature of change for the pendulum to swing to the other extreme? Today there are few active Catholic who do not receive communion at every Mass they attend. In itself this is not a bad thing, however there is a problem if receiving communion has become an unthinking habit alongside an automatic genuflection on entering a church or reaching for spare change when the collection plate appears.

It is a healthy sign of personal integrity in relationship with God when the moments of silent prayer before Mass, the Penitential Rite of the Mass, and the scriptures are received by the worshipper as an opportunity for an Examen of Consciousness in preparation for Communion. In this awareness, there are times when each of us will become aware that rather than coming forward to receive the real presence of Jesus in the Eucharist, it is necessary to waste and recommit ourselves to more intense hours (or days) of preparing ourselves to receive the real presence Jesus. Sometimes the pre-communion prayer “Lord I am not worthy” prayed with full consciousness is enough, but other times I may need to decide to (at this Mass) instead make “An Act of Spiritual Communion” resolving to re-embrace every aspect of life with Jesus within the Church.

The rewards of this integrity and expressed desire for God are immediate and intensely positive.