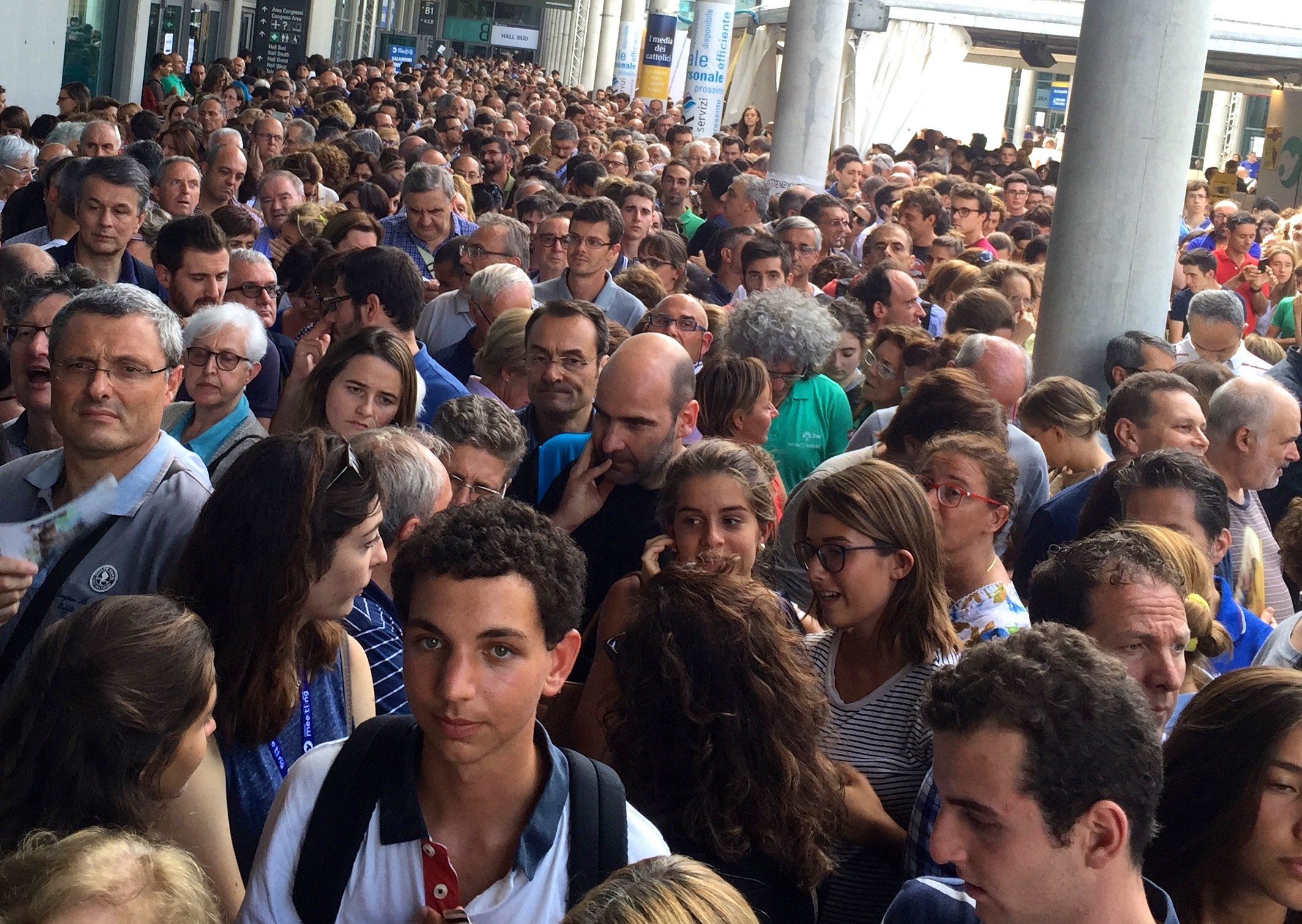 The annual Rimini meeting is in its 36th year of working to build “friendship among peoples.” In recent years approx 800.000 people have taken part each year, attracted by exhibitions and talks, but mostly by the good company and opportunity to experience friendship created not by common interests and fears, but by desire for God.

Too often the life and energy of faith is reduced to moralism and legalism, using language that carries more baggage than beauty. This meeting provides a method for communicating faith that responds to the deep and healthy attraction to God that is found in all people.

In recent days I have attended lectures given by Timothy Shriver (Chair of the Special Olympics’ Committee and nephew of JFK), Dom Mauro-Giuseppe Lepori, Abbot General of the Cistercian Order, Cardinal George Pell (on Church, money and interest, and Vatican Finances, Julian Carron & Giuseppe Weiler,  Every day is filled with conversations over coffee and beer and momentary meetings with an extraordinary diversity of people from every part of the world.

Two nights ago, after hearing the lectures of two priests who serve in Iraq and Syria,  I had dinner with an elderly man, born in Mosul and now living in Baghdad. For the first time I had a first hand and deeply moving conversation with someone who lives the desperate reality of persecuted Christians in the Middle-East, and the night before I had dinner with three Australians.

One of the most inspiring conversations was a meeting with one of the architectural team on the Sagrada Familia in Barcelona.  More on that in a future post.

photo above, crowds (almost 10,000) entering one of five halls to hear the Carron-Weiler conversation.