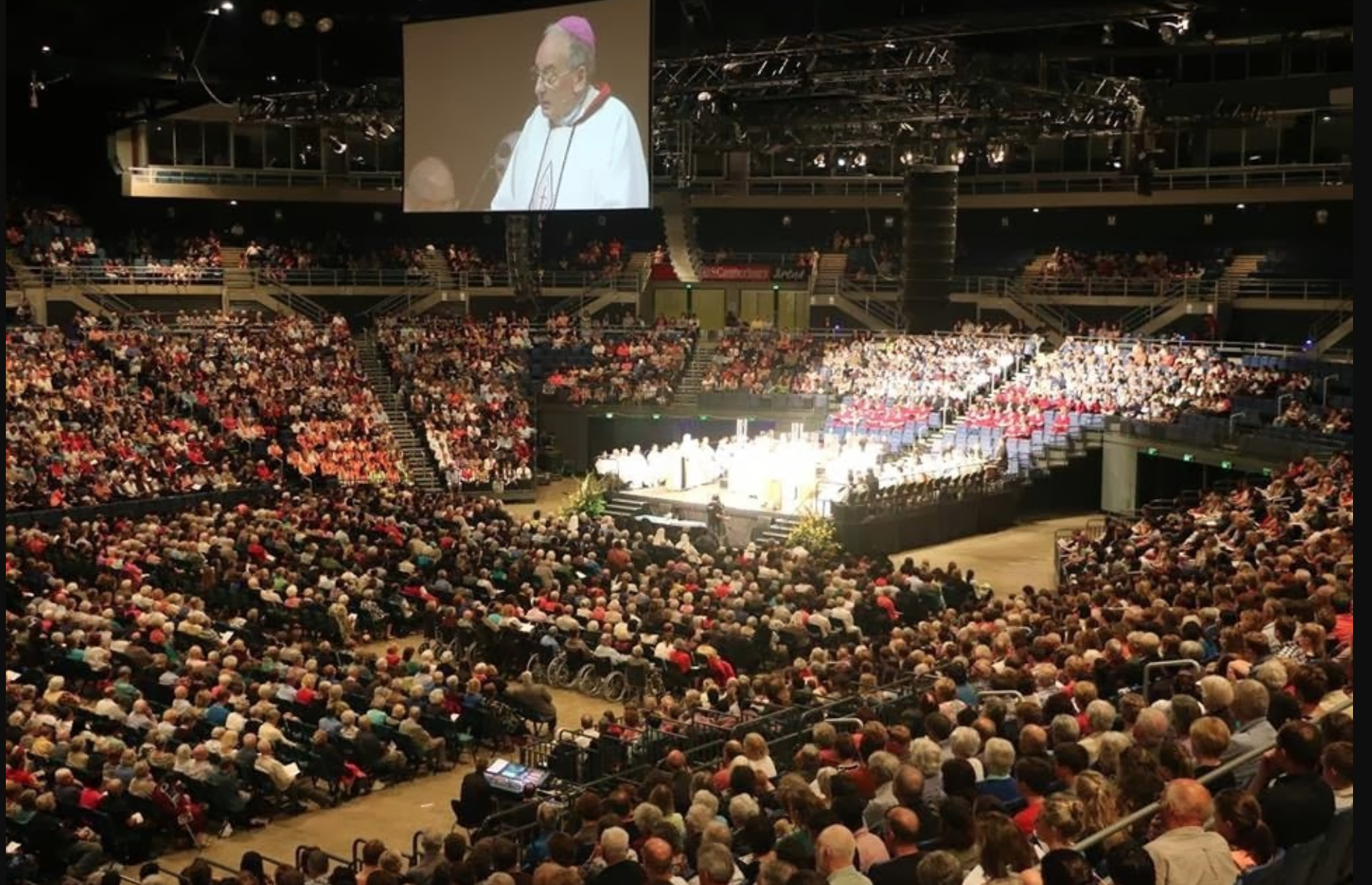 It was four years ago today (24 November 2013) that the Catholic Diocese of Christchurch gathered for Faithfest celebration to mark the Feast of Christ the King, the end of the Year of Faith, with Mass in the CBS Arena. You can see earlier postings about the event at this link.

The afternoon cultural festival in the arena showed that the face of our diocese is rapidly changing. Until the middle of last century New Zealand parishes and schools marked the feasts of Irish saints as a highlight. Today a rapidly decreasing number of New Zealand Catholics have heard of St Patrick.

Today’s feast of the Martyrs St. Andrew Dung-Lac, Priest and Companions is now a most significant feast for many of our people and priests. Whereas early last century Ireland was providing significant numbers of priests for New Zealand, today a significant number of our priests are from Asia.

Four of the six priests ordained for Christchurch in the past two years are from Vietnam, the homeland of today’s saints Andrew Dung-Lac and his companions. In the last four centuries in Vietnam about 130,000 Christians were martyred for their faith. While the names of many of these saints are lost, their memory is very alive in the Catholic community.

From the last century, 117 are known by name, and these we celebrate today.

A commentary on today’s feast notes: “Each one of them was a soul individually created and loved by God, with a life and gifts uniquely his or her own; but with such a huge crowd one can only classify. By nationality there were 96 Vietnamese, 11 Spanish and 10 French.” These included 8 bishops. 50 priests and 59 lay men and women. 75 were beheaded, 22 strangled, 6 burned alive, 5 torn to pieces while still alive and 9 died of torture in prison.

Thanks be to God for people and priests who come to our country from Asia as missionaries to Aotearoa New Zealand. Your passion, generosity and example is an inspiration to us.