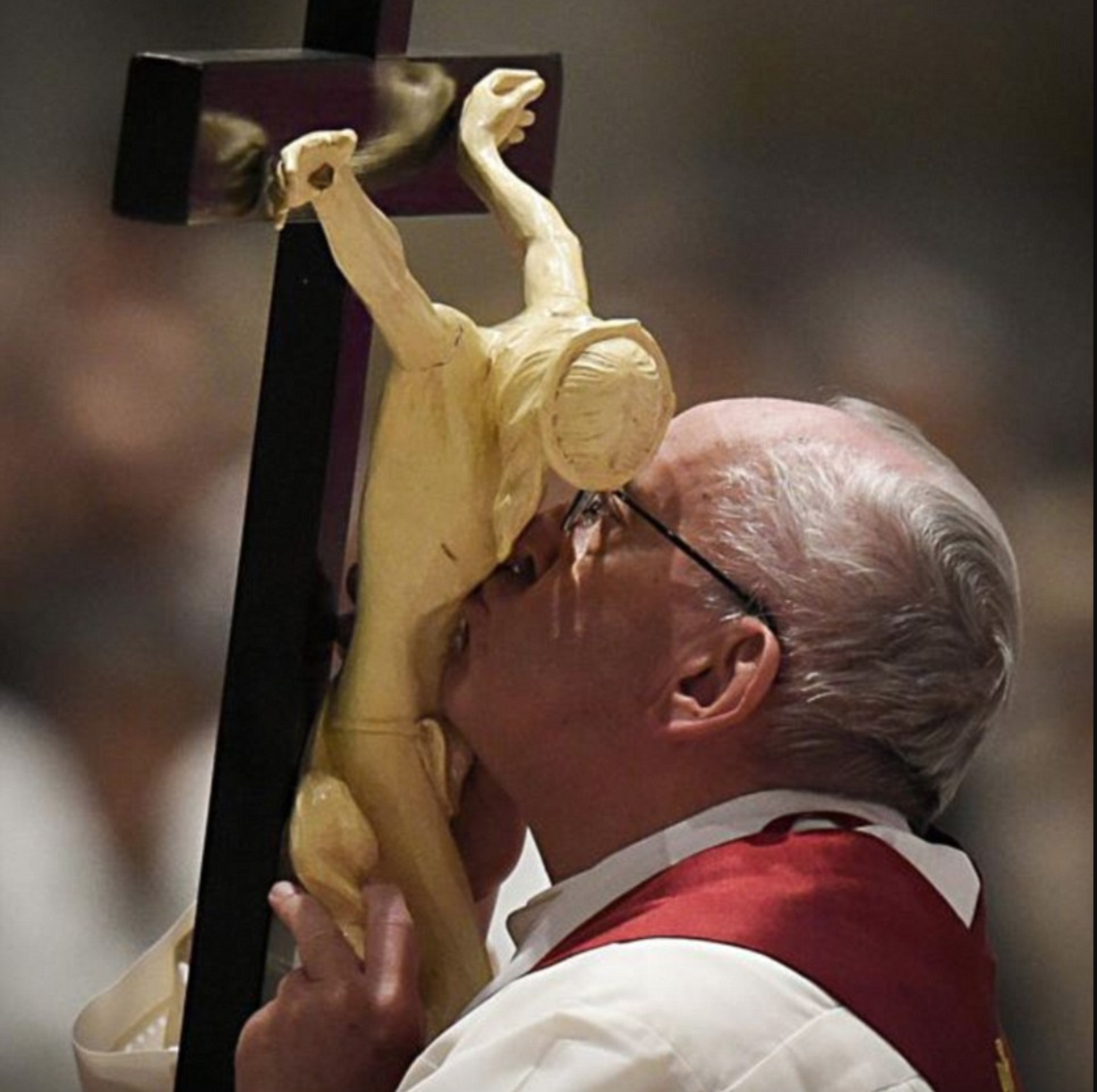 I remember someone once defining an intelligent person as one who can hold apparently contradictory thoughts in their heads at the same time without having to attach to one thought or another. I suppose another way of expressing this would be to say that an intelligent person can live with a degree of ambiguity rather than reduce everything to black OR white, right OR wrong, love OR hate boxes.

Pope Francis got me thinking about this earlier today at his Wednesday Audience when he continued his catechesis on the Mass.

Many people see Pope Francis as an informal, jovial, easy-going relaxed guy. However there is a time each day when none of these appealing characteristics are visible in him.

Whenever Pope Francis celebrates the Mass he is different.  This is also visible in him when he speaks about the Mass.

From the moment Pope Francis begins Mass with the Sign of the Cross to the conclusion of the Mass, it is as if he has moved into another realm.

He is clearly aware that the Mass is not simply a human gathering but a divine event. He is passionate about bring us to the same understanding.

A few hours ago in St. Peter’s Square Pope Francis made these comments: