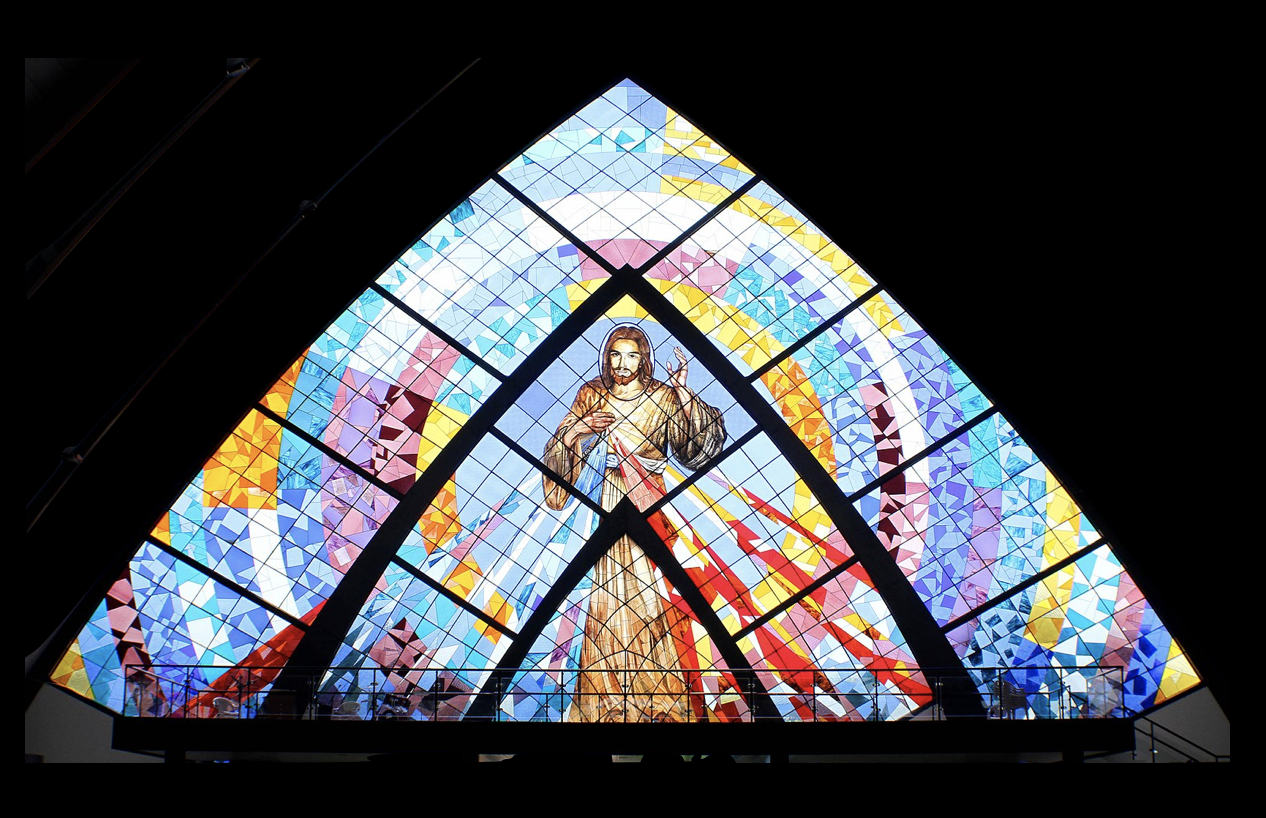 In his homily on that day as he canonised a Polish nun Faustina Kowalska as a saint of the Church, he proclaimed:

“It is important then that we accept the whole message that comes to us from the word of God on this Second Sunday of Easter, which from now on throughout the Church will be called Divine Mercy Sunday. In the various readings, the liturgy seems to indicate the path of mercy which, while re-establishing the relationship of each person with God, also creates new relations of fraternal solidarity among human beings.”

Helen Kowalska was born in Poland in 1905 and died as Sister Faustina in 1938. In 1931 she was living as a religious in the convent of the Congregation of Sisters of Our Lady of Mercy in Cracow. In February of that year she had a powerful and real experience of Jesus calling her to spread the word of his overwhelming mercy for every human person. In response to this experience she painted a picture of a gentle Jesus reaching out in love to all who carry the burden of sin.

During the pontificate of fellow Pole Pope John Paul II the life of this quiet nun and her mission was made known to the world. The first words of John Paul to the world immediately after his election as pope were “do not be afraid”. Fear exists in any person who is not experiencing the mercy of God in any moment. It is significant that on this day in 2011, Divine Mercy Sunday, Pope Benedict named John Paul (who died on the vigil of the feast in 2005) as Blessed John Paul. On Divine Mercy Sunday 2014, Pope Francis proclaimed Pope John Paul as a saint of the Church.

Anyone who lives and speaks the love and mercy of Jesus is on sound ground. This message is as necessary today as ever. If we are honest with ourselves we are very aware of our own sin and need for God’s forgiveness.

St Faustina wrote beautifully of the mercy of God as a fountain of love gushing over all who acknowledge their frailty and need for God.

Pope Francis gave this message in just over one minute during his visit to Poland in July 2016 when he focussed on the importance of honesty and transparency in prayer.