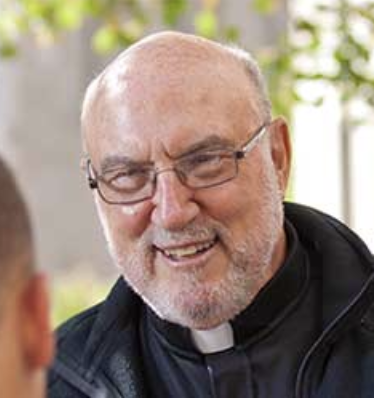 It may have been a coincidence that Fr. Richard J. Hauser SJ died at 10:10 on Tuesday morning of this week, but it wouldn’t surprise me if the Holy Spirit was smiling on Dick and on us knowing that we would not miss the John 10:10 connection: “I have come that you might have life, and have it in abundance.”

I first met Dick in 1991 a couple of hours after my arrival at Creighton University in Omaha NE where I was to work on a Masters Degree in Christian Spirituality with formation for spiritual direction and retreat direction.  On the first evening Dick, who had just been appointed the programme’s director, was at the social gathering enthusiastically welcoming new students and the next day I was sitting at his feet in the classroom.

As our friendship grew I discovered that Dick enjoyed good company and conversation and we spent many a delightful evening at the local Creighton bar, the “Blue Jay.”

I returned to Creighton a number of times over the next decade and each time a highlight of my visit was the hours spent with Dick. Ten years ago he visited me in New Zealand and last month I was deeply saddened to receive an email from him to tell me of his inoperable cancer. In January we had exchanged emails that were full of hope for the future for both of us, but this was to change for Dick when he received news of his illness on Thursday 1 February.

A number of the obituaries published in recent days note that Dick “once” said: “I’d die a happy man if my calling of theology professor and Jesuit priest would warrant the epitaph: ‘’He helped us recognise God’s presence in our lives.’”  I heard Dick say that many times, and I suspect he repeated his hope to thousands of people over his 45 years on the Creighton faculty.

Today I am deeply grateful to be one of the many who can recognise God in my daily life because of the witness of Dick Hauser.

MAY HE REST IN PEACE

Just three weeks ago Dick gave his final homily which is attached as a 10 minute audio below. As always his preaching is inspiring, practical and this one especially will change the way you view life on earth and eternity.

Now I can hear Dick saying: John it was lovely of you to write about me and to share my homily, but make sure that you promote my books. So before I get that reprimand click on the image below to see his books. 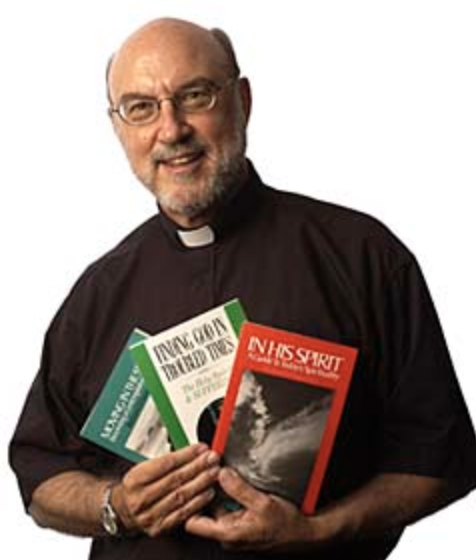