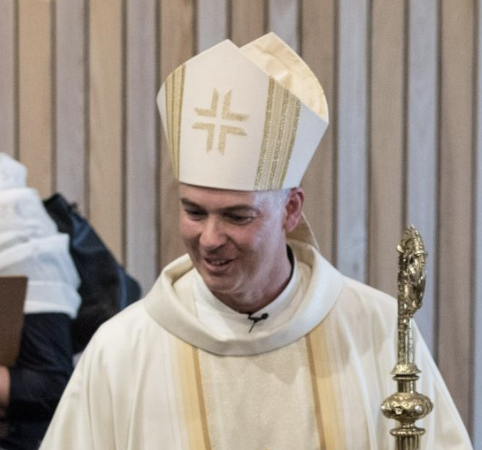 Bishop Paul Martin is happy to share his homily given last night at the priests’ jubilee celebration in the diocese of Christchurch. 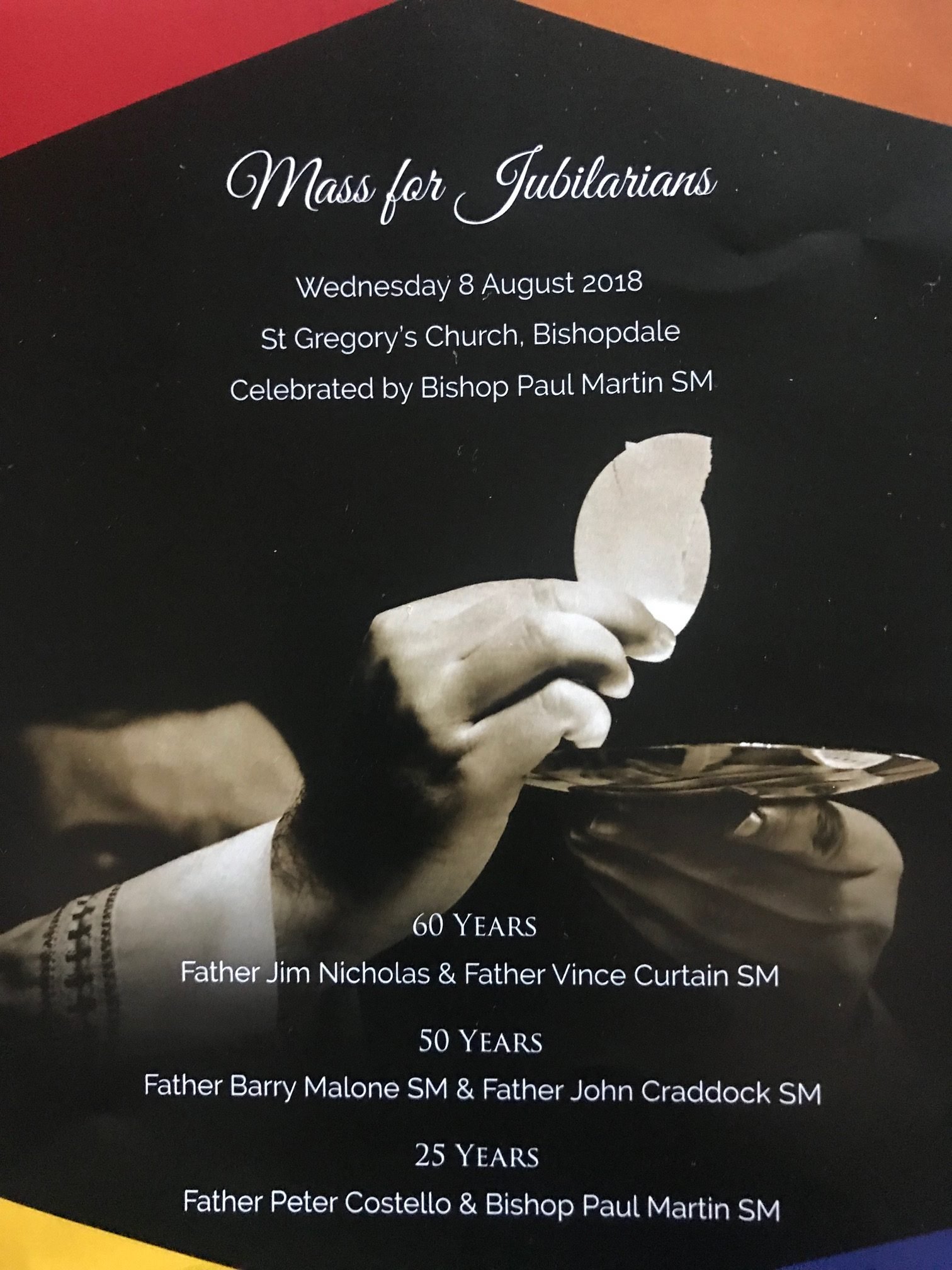 There is something very fitting about the fact that today we are celebrating the feast of St Mary McKillop and also honouring our brother priests who are celebrating their 60, 50 and 25th jubilees of priesthood.  Because when you look at the life of Mary McKillop there are a number of elements which mirror and reflect different aspects of the lives of the priests we wish to honour today.  And while we focus on a particular group who have reached a numerical milestone, it does give us a chance to again focus on the mystery of vocation and what it means to be a follower of Christ and to be a priest.

There is something quintessentially appealing about the story of Mary McKillop, it taps into the psyche of our part of the world.  It is about a young woman who sees a need, responds to it, ends up fighting with the authorities to get what she believes God is calling her to, and finally achieves those goals and leaves a legacy which continues today in a very down to earth way.  It captures how we see ourselves in this part of the world.  The Aussie battler which could just as easily be a kiwi battler.  The fact that Mary came here and her sisters joined our diocese first makes this connection even more special and poignant.  We in this diocese have been the recipients of her example and ministry and witness.  The contribution of her sisters to this diocese was significant and brought that flavor of following Christ in the trying circumstances they found themselves in, not the glamourous places and posts, but the more abandoned places and people.

In all of this we can also see the lives of the good priest and the men whom we honour today.  For the world that Jim Nicholas was raised in and ordained into in 1958 is very different to the one we live today.  From the security of the church of the 50’s to the coming decades of uncertainty, change and hope and disappointment and decline, the witness of the priest did not change, but what was expected and asked of him was.  Jim has faithfully lived out his priestly promises for all this time.  The same is true for Barry Malone, ordained ten years later in the turmoil of the 60’s, into a religious order which was numerically strong and with a clear vision of the world, even if that world was actually changing.  Barry’s priestly journey took him out of this country to be Christ to people of other lands.  Peter Costello, answering God’s call to be a priest as a man of 40 and going through the training that involved at that point of his life, shows courage and commitment and the fact that the call from God never went away and he was able to answer. The church of 1993 was not the church triumphant or glorious, it was the church of change, uncertainty and very soon one of scandal.  The priest became the humble one who walks with his people knowing that he brings them Christ, but that the body of Christ is weary and tired and somewhat broken.  The days of being put on a pedestal were well and truly over.

But whatever the context we hear the words of St Paul to the Colossians reflected in these lives and men and in so many others as well.  For as Christians we are called to be clothed in compassion, generosity and humility, gentleness and patience.  And over all of these put on love.  And why?  Because we are holy people whom God loves.  And this is what we see in Mary McKillop, this is what we have seen in these men who have brought Christ to the people they have served over these varying periods of time.  For inspite of the changing times, and the world which is not what it was, which we may feel despairing about at times, the truth of the Good News has not changed.  The true disciple, being open to God’s grace living and working in him, will make his own these characteristics of the Christian, will be known and trusted for being this way.  Because our focus in ministering has moved from one of function to one of witness and example.  The people of our age are swayed by example, rather than words and position.  And the example is that of Christ, and reflected in us as his followers, and in particular for us as priests who are called to be Christ to our brothers and sisters.

The Holy Father, in his recent Apostolic Exhortation has reminded us again of our baptismal call to become holy, to become saints.  Most of us feel awkward about this, we are aware of our faults and weaknesses, and that is right and appropriate.  But this is not so that we give up trying, it is so that we place all our lives and hope and effort in God’s hands.  We know that our effectiveness as a minister will be shaped by how closely we are configured to Christ, but we also know that it is his work we are doing, that the efficacy of the sacramental life is not dependent on our own personal holiness.  That is indeed a relief, but in an age where people are so easily offended, or sniff out hypocrisy in others (not so much themselves), we have a responsibility in living out our baptism to become holy men.  For when we do this we have the opportunity to bring others to Christ, to help them to see him in us.  Just as people saw Christ very clearly in the way Mary McKillop conducted herself in very difficult circumstances.

In 1984 two of my teachers Alex Taylor and Kevin O’Donoghue (of Timaru) celebrated their 25th jubilee of priesthood.  We had a big Mass for them at St John’s in Hastings.  Kevin O’Donoghue in giving his speech was able to state how many Masses he had said, and how many weddings he had done.  Alex Taylor would not have been able to do that because it would not have interested him in the least.  But both these priests captured for me as a 17 year old the mystery of what it was to be a man of Christ – one of the love of the Eucharist and the privilege of the Sacramental role that is ours as priests, and the other of the humility of just doing the ordinary things well and trying to fulfill whatever was asked of you as a priest.

And so we give thanks for our brother jubilarians who have each in their own ministries witnessed to Christ, both sacramentally and also by their lives and example.  Our age continues to need people who will do this, and we pray that each of us, in our own vocations as priests will be the men that God has called us to be, that we will grow in holiness and that we will help others to come to Christ and to know of his infinite love for them.