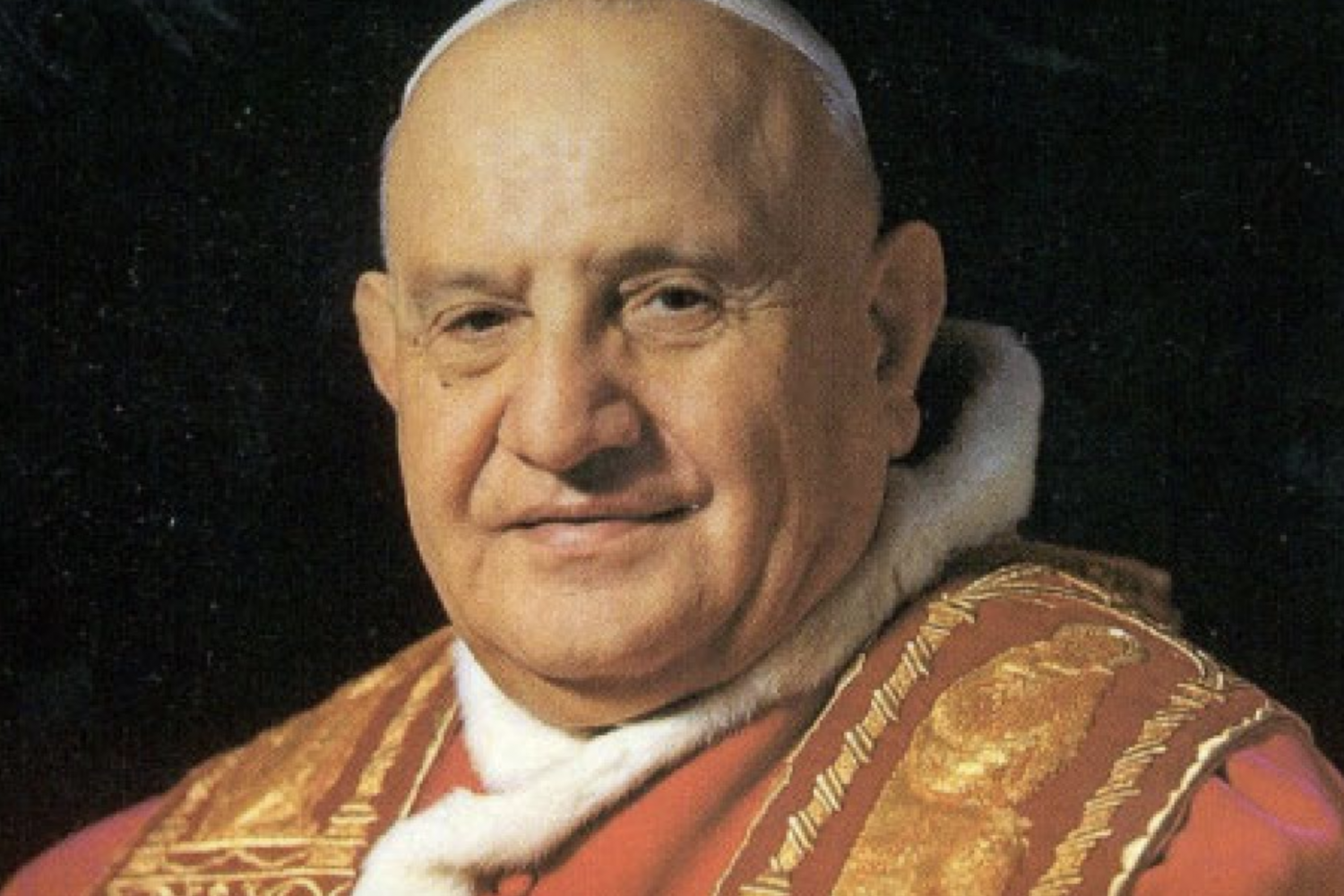 It’s 57 years today since the first session of the three-year Second Vatican Council began, and today 11 October is now held as the feast of St. (Pope) John XXIII who called the Council.

On October 11 1962 Pope John XXIII addressed those gathered in a speech that spoke of the needs of the era. Today Pope Francis also uses the “change of era” language.

It is important to remember that the first years of last century were not halcyon days for the church. While churches and seminaries may have been full on Sundays back then the reality was that Catholicism (and Christianity) was the faith of the culture and too often fear drove people to hold on to the security of religious affiliation and practice.

Perhaps we are closer today in our smaller church to the heart of the mission of Jesus, no longer filling large institutions but like the first disciples living relationship with Jesus Christ with two or three faithful companions?

Here is the most often quoted section of Pope John’s address on that opening day of the Council.  His words are especially encouraging for us in the church today as we move through this painful time of purification:

“In the daily exercise of Our pastoral office, it sometimes happens that we hear certain opinions which disturb us—opinions expressed by people who, though fired with a commendable zeal for religion, are lacking in sufficient prudence and judgment in their evaluation of events. They can see nothing but calamity and disaster in the present state of the world. They say over and over that this modern age of ours, in comparison with past ages, is definitely deteriorating. One would think from their attitude that history, that great teacher of life, had taught them nothing. They seem to imagine that in the days of the earlier councils everything was as it should be so far as doctrine and morality and the Church’s rightful liberty were concerned.

“We feel that we must disagree with these prophets of doom, who are always forecasting worse disasters, as though the end of the world were at hand.

“Present indications are that the human family is on the threshold of a new era. We must recognise here the hand of God, who, as the years roll by, is ever directing people’s efforts, whether they realise it or not, towards the fulfilment of the inscrutable designs of His providence, wisely arranging everything, even adverse human fortune, for the Church’s good.