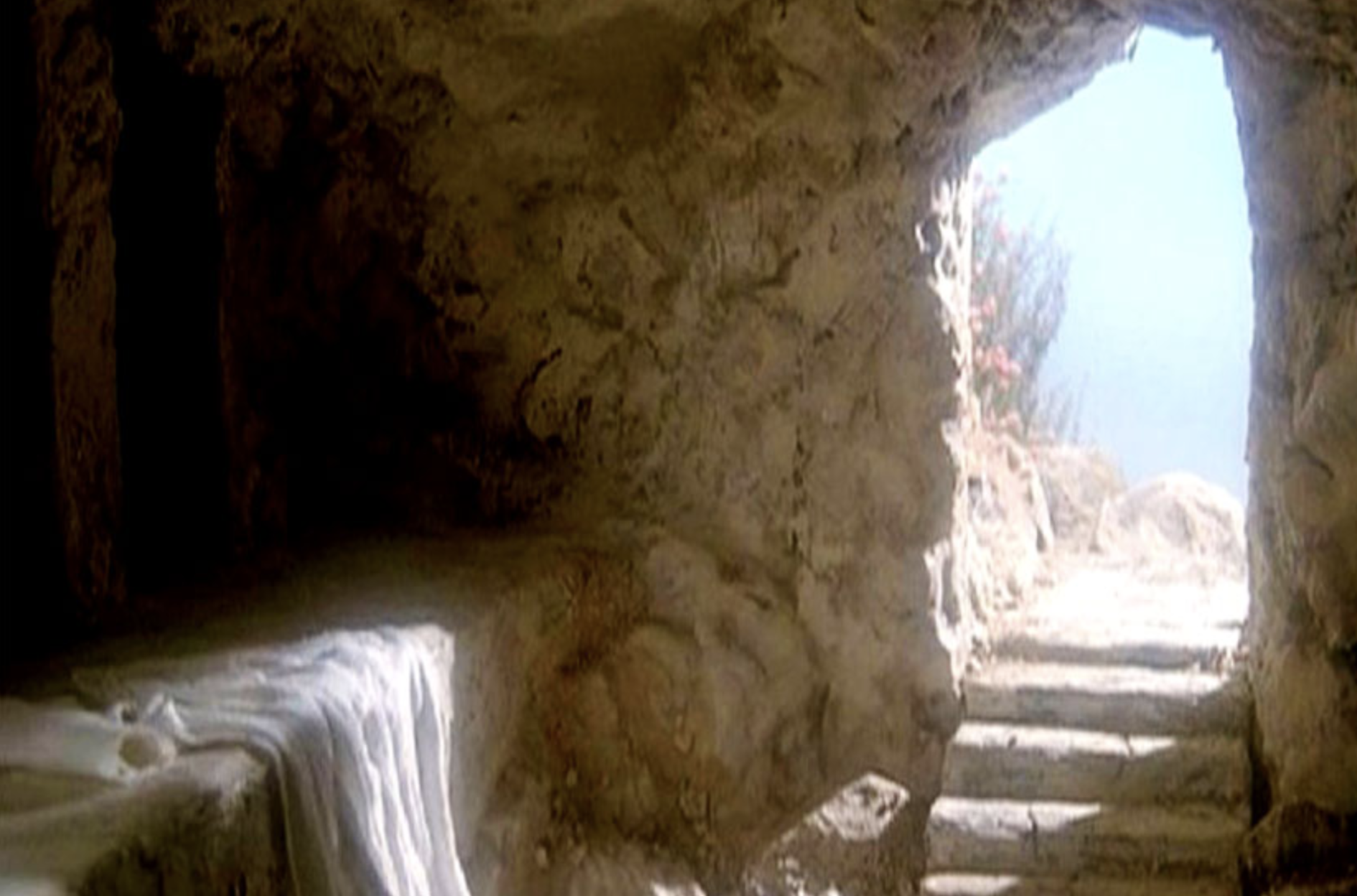 The resurrection event is often misunderstood and diluted but thankfully we are able to return to the original texts which provide a sound record of the event. Many of the same details are conveyed by both Christian and secular writers: the tomb where Jesus had been buried on Friday was empty on Sunday morning. The body of Jesus was no longer there.

Those who opposed Jesus and his message accused his followers of stealing the body of Jesus and inventing the resurrection story. But the Christians maintained that Jesus had physically risen. It was this reality that gave the conviction of the disciples such power.

Over the next forty days before his Ascension those who had known Jesus before his crucifixion encountered him in his risen form. Each of these meetings was a physical encounter – and much more than simply physical. Yes Jesus had a physical body (flesh and bones that could walk and talk and eat and be touched), but he was not limited by the usual physical restrictions. He was now living a new dimension of reality.

Note the physicality of today’s gospel reading: (emphases mine)

“They were still talking about all this when Jesus himself stood among them and said to them, ‘Peace be with you!’ In a state of alarm and fright, they thought they were seeing a ghost. But he said, ‘Why are you so agitated, and why are these doubts rising in your hearts? Look at my hands and feet; yes, it is I indeed. Touch me and see for yourselves; a ghost has no flesh and bones as you can see I have.’ And as he said this he showed them his hands and feet. Their joy was so great that they still could not believe it, and they stood there dumbfounded; so he said to them, ‘Have you anything here to eat?’ And they offered him a piece of grilled fish, which he took and ate before their eyes.

Perhaps the most serious obstacle to the reality of the resurrection of Jesus was the thought that gained ground among Christians that the physical (body) was bad and the spiritual (soul) was good. Sadly it’s not too difficult to see this damaging thinking in ourselves.

The stumbling point for many is that in Jesus God took on a human body, and walked and talked and ate and drank, felt human emotions and cried human tears and suffered human pain all the way to human death. But in the resurrection the journey of human life to death becomes a pilgrimage of hope through death to the life for which we are created.

In these lockdown days the virtual online world has replaced meeting rooms, cafes and even churches as the place of physical gathering and activity. In the church we have done our best to fill the space left by lack of availability of the sacraments with online gatherings and live-streamed Masses. But it’s not the same. While it might be convenient to be able to make a coffee or check texts and email during the readings or homily of a streamed Mass we know that what we are doing in front of a computer screen is not the participation in the sacraments that we need.

A personal example: On Good Friday last week there were many online options for virtual celebrations of the Passion of the Lord at 3.00pm. I had even been a part of arranging one of these. But as mid afternoon drew nearer I felt drawn away from the computer to spend the hour from 3 o’clock sitting outside under a tree reading the passion account from the gospel of John.

There was nothing virtual about my solitude. It was real and raw and there was no escaping. I was seeking Christ and I had no doubt of his presence.

Christianity is physical. It is experienced and lived in people with physical bodies. Catholic liturgy is especially physical, we gather, we process, we stand and sit and kneel and speak. Our bodies are at home in the liturgy. While live-streamed prayers and liturgies can be helpful when we are unable to physically and personally participate in the liturgy of the church, the sacraments require physical presence.

There is nothing virtual about Christian faith. Faith is real as Jesus emphasises in the conclusion of today’s gospel:

He then opened their minds to understand the scriptures, and he said to them, ‘So you see how it is written that the Christ would suffer and on the third day rise from the dead, and that, in his name, repentance for the forgiveness of sins would be preached to all the nations, beginning from Jerusalem. You are witnesses to this.’

I offer two options for Lectio today, the first is with one reading of the gospel for today, and the second with the passage read twice. As a result they are of different lengths, the second also with some longer pauses for reflection.