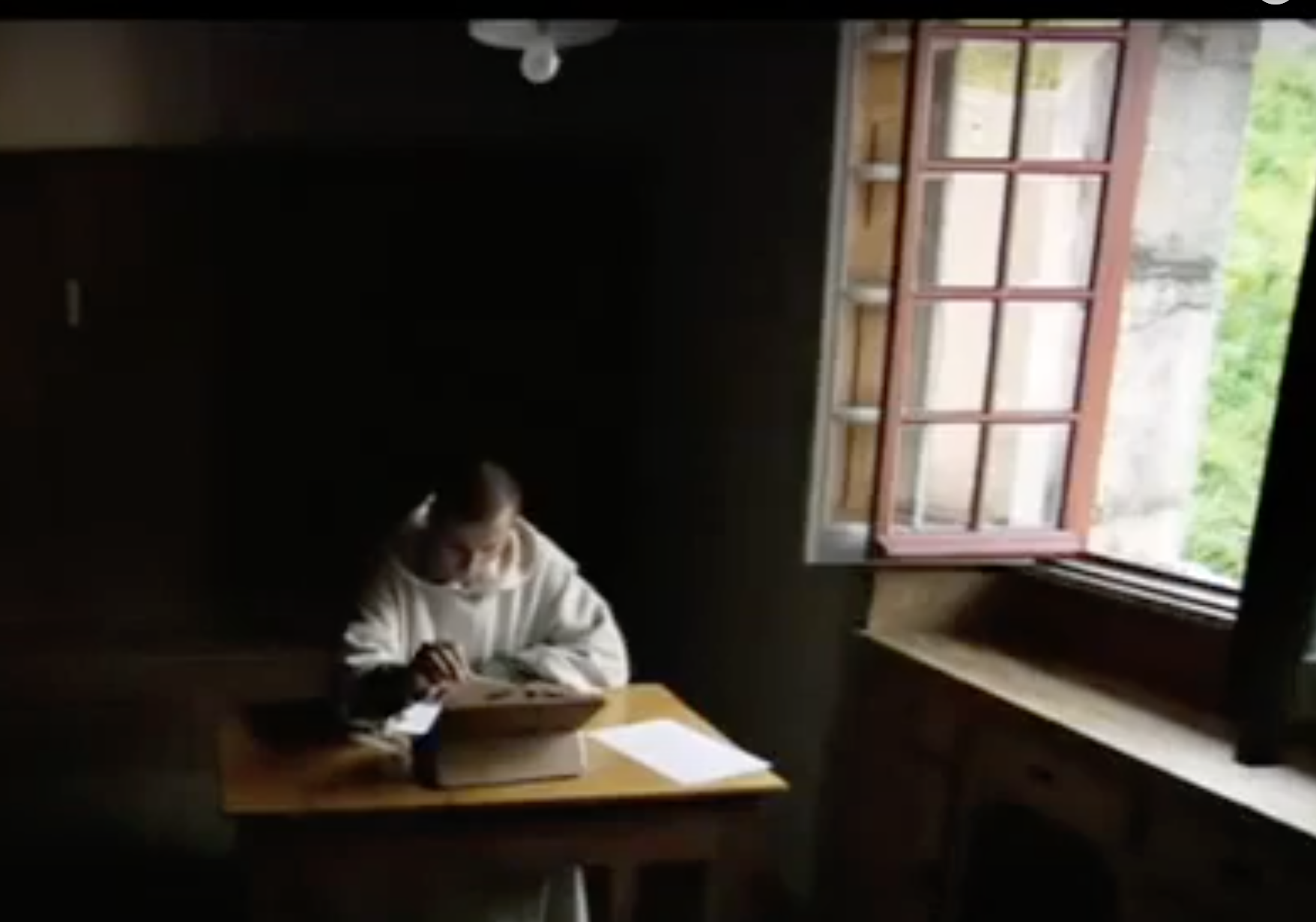 Some food for faith to mark today’s feast of St. Bruno
who almost 1000 years ago
founded this monastery of Grande Chartreuse

In 2005 a significant film was first screened. The DVD cover for Into Great Silence describes the process leading up to the making of the film, and the purpose:

“Nestled deep in the postcard-perfect French Alps, the Grande Chartreuse is considered one of the world’s most ascetic monasteries. In 1984, German filmmaker Philip Gröning wrote to the Carthusian order for permission to make a documentary about them. They said they would get back to him. Sixteen years later, they were ready. Gröning, sans crew or artificial lighting, lived in the monks’ quarters for six months—filming their daily prayers, tasks, rituals and rare outdoor excursions. This transcendent, closely observed film seeks to embody a monastery, rather than simply depict one—it has no score, no voiceover and no archival footage. What remains is stunningly elemental: time, space and light. One of the most mesmerising and poetic chronicles of spirituality ever created, INTO GREAT SILENCE dissolves the border between screen and audience with a total immersion into the hush of monastic life. More meditation than documentary, it’s a rare, transformative theatrical experience for all”.

These monks are not living a ‘more ideal’ form of Catholic life; they are simply living what they are called to live in the same way that I am living as a priest, and many readers of this FFF website are married, or single or consecrated sisters or brothers.

View the trailer for the film at this link.

Below is the link to the film.  It is long, 2 hours 40, and you might prefer to watch it in segments as an experience of prayer. Sit somewhere where you can relax and be still and silent. You might light a candle and dim the lights. Take a moment to be aware of the loving presence of God with you. Open your mind and heart to God. Relax.  God will not miss an opportunity to speak powerfully to you in the stillness and silence of this beautiful experience of monastic life.

There are a couple of quotations from scripture that appear several times in German.  You don’t need to know the details of when and which, but here are the translations:

“You have seduced me O Lord
and I have let myself be seduced”
Jeremiah 20:7