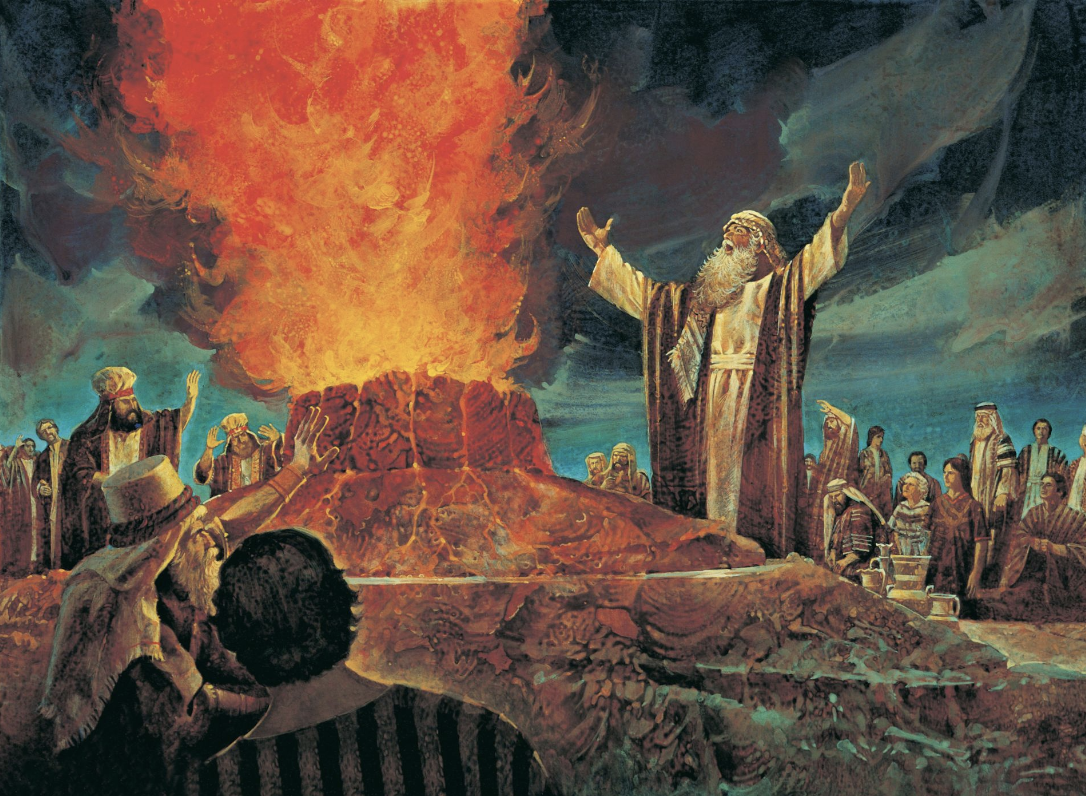 “The prophet Elijah arose like a fire,
his word flaring like a torch.
It was he who brought famine on the people,
and who decimated them in his zeal.
By the word of the Lord, he shut up the heavens,
he also, three times, brought down fire.
How glorious you were in your miracles, Elijah!
Has anyone reason to boast as you have?
Taken up in the whirlwind of fire,
in a chariot with fiery horses…”
Ecclesiasticus 48

And so today’s first reading continues describing Elijah. What a guy. A spectacular presence, the talking point of the era. Hardly retiring and shy. Unmistakable. Unmissable.

And yet the Gospel reading (in my translation) quotes Jesus saying: “Elijah has come already and they did not recognise him.”

I am deeply challenged by that. So often I think I need more spectacular signs, greater clarity, more obvious direction. But even when i have these, after a day or two I return to my old unhealthy default settings.

Then there are other times when the smallest sign speaks most clearly and the most hidden evidence is enough to change my life.

Today’s gospel reading immediately follows the Transfiguration account. The disciples had just experienced Jesus  “transfigured before them. His face shone like the sun, and his clothes became as white as the light. Just then there appeared before them Moses and Elijah, talking with Jesus.”

OK Jesus,  it seems that while I see and hear you right in the moment of the powerful encounter with you, I pretty soon, like your first disciples, forget this experience. So I will settle for the little signs, the experiences that instead of coming once or twice in a lifetime are present in every hour and in every human encounter.

O God grant me this grace. That’s enough for me.