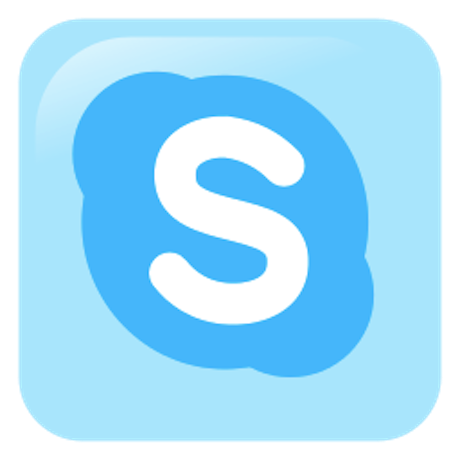 Many readers will remember Pope John Paul’s visit to New Zealand in November 1986. I had been ordained as a priest just twelve months earlier, and because our Christchurch diocese had no deacons, I served as a deacon for the pope’s Mass. It meant that for two hours I was alongside him at the altar, and as a five-minute rainstorm suddenly swept Lancaster Park I read from today’s gospel: “for he makes his sun rise on the bad and the good, and causes rain to fall on the just and the unjust”. (Matthew 5).

In the hours and days after the event, news reports enjoyed the coincidence of the rain coming in just at the moment when the “rain” gospel was being read. Was God trying to tell us something? Yes, I think so. Even the pope enjoyed the humour of watching people rush for shelter or huddling under plastic rubbish bags. He began his homily commenting “I see Christchurch has put on special weather for me.” But we couldn’t miss the deeper message. During the hours before, during and after the Mass, God had send both ‘his sun to rise on the bad and the good, and caused rain to fall on the just and the unjust’.

That Lancaster park congregation certainly comprised a diverse bunch of people. While this diversity was clearly visible in ethnicity and age-range (to name only two of many signs), the more significant fact was that every person present was within themselves a diversity of experience, hopes, joys, griefs and anxieties. To quote again from the gospel, on that day  God’s rain was falling on people who were themselves each a mixture of good and bad.

We would miss the point of this gospel if we thought the labels “good” or “bad” were given (one or other) to individuals. Put simply there is no such thing as a person who is completely “good” or totally “bad”. Every reflective and honest person notices both realities within themselves. Saint Paul, whom we might label as “good” (at least after his conversion) comments that he finds himself not able to do the things he desires to do, and doing the very things that he hates! (Romans 7:15). Then there are those we know to be saints who are constantly speaking about how evil they are. Are they speaking the truth, or simply faking humility?

Here it is important to clarify a common misunderstanding. We often hear the terms saints and sinners used as opposites; someone is either a saint or a sinner. Such an either/or clarity reveals a misunderstanding of both sanctity and sinfulness. A saint is not someone who never sins, but instead a saint is a sinner who knows their total dependance on God’s mercy and love. When we sin we seek to take control of what is not ours to control, like Adam and Eve who became convinced that they were not happy enough in paradise and grasped at the lie that an apple had the power to give them power, and that power had the power to make them happier.

A couple of times each month I have a skype meeting with a small group of friends who are happy to call themselves sinners. If we were to just chat about our sin then our conversations might be momentarily interesting, but then would quickly become boring and tiresome. There is nothing life-giving about sin. Nor is life to be found in simply talking about sin, a circular monologue which is remarkable for its lack of creativity and dishonest in its morbid allurement. So while our Skype conversations may refer to our sin, the focus quickly moves to the action of Christ who lifts our gaze to greater glories.

Paradoxically the greater glory for a person is not found in personal power and control over events and circumstances. Instead the fulness of life for which we were created is found in acknowledging out total dependance on God. Yes, the freedom that we seek is discovered when we abandon ourselves totally to the God on whom we are (in fact) totally dependant for all that is good, indeed for every breath that we take. In this dependance we become aware of just how frail, weak, sinful and dependant we are. Initially this awareness is a bit frightening. Who am I if I am powerless to make myself? I am nothing!  And this is the fact. Before God gave me life I did not exist and therefore I was nothing. And now that I experience existence the fact is that without God (giving me breath in every moment), and despite the occupations and achievements that I habitually use to define myself, I remain nothing! So, in the language used so often by those we know to be people of great faith, I have nothing to bring to God but my nothingness, my vulnerability, my weakness and my sin. It is God who then fills my pitiful nothingness with the riches of his divine fulness, and in this experience I discover the health, happiness and fulness of life for which the human heart so desperately longs.

Our Skype meetings and other similar face-to-face chats have become an essential part of my life. Without this encouragement found among friends, I would become convinced that the only way to find happiness and health in life was by grasping at apples. I have no doubt that without the re-focus that that I experience from this Skype community of faith, I would settle for accepting that there was no longer any hope for me to become a saint, and I would inevitably become obsessed by my own efforts and projects.

Today’s sun and rain gospel concludes by exhorting us to be nothing less than perfect: “So be perfect, just as your heavenly Father is perfect.”  The first reading makes the same point using a different word: “Be holy, for I, the Lord, your God, am holy”, but the meaning is the same. We make the mistake of thinking that holiness and perfection are human achievements. Those of us who have aimed at these admirable goals have soon become frustrated at the impossiblity of such projects. One hour I may feel as though I am making progress, but in the next someone pushes a button and all my efforts collapse like an earthquaked Cathedral.

Here are a few of the sentences that inspired our Skype conversation last night, taken from Fr. Luigi Giussani’s (d. 22 February 2005) “At the Origin of the Christian Claim”:

“Religiosity, insofar as it aims to make all actions depend on God, is called morality.”

“We cannot even think of understanding Christianity unless we begin with its origins as a passion for the individual.”

Have a blessed week.