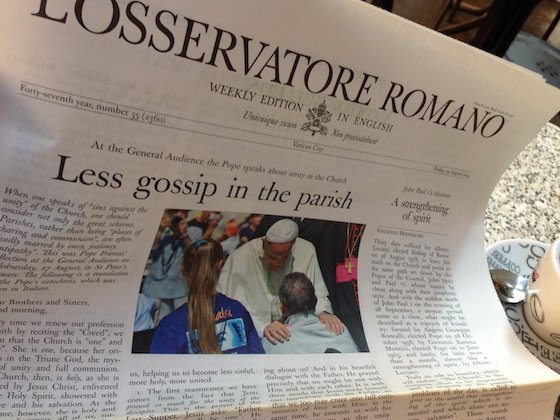 a reflection based on the readings for Sunday 7 September 2014. Readings at this link.

It is remarkable that eighteen months after his election, Pope Francis remains top of the media popularity stakes. Forbes business and finance magazine named him among the most powerful world leaders and the Rolling Stones magazine suggests that his “recognizable humanity comes off as positively revolutionary.” He is often hailed as a new breed of leader and without doubt provides a positive and refreshing shift in the media’s previous predominant perception of the Catholic Church and church leadership.

I make a point of reading whatever Pope Francis writes and I follow much of what he says. As a result I am a bit puzzled that his media honeymoon continues when in fact he doesn’t hesitate to take on many of the unpopular issues speaking as clearly and passionately as any pope before him. Perhaps the reason is that most people get their papal updates only from TV and newspaper clips, and few people actually read the complete texts of his comments to discover an unprecedented papal focus on the presence and action of the devil in the world. The media also ignored the fact that late last year Francis excommunicated a priest who supported a change in the criteria for priestly ordination.

Those who do read these inspiring addresses know that the writings of Pope Francis are often indistinguishable from those of Pope Benedict, and while the media enjoyed portraying Benedict as an out-of-touch introvert, the extroverted Francis receives much kinder treatment.

The front page of this week’s Vatican newspaper led with one of Francis’ less popular themes which naturally did not make it to secular press. At his Wednesday Audience last week Francis continued his crusade against gossip. In recent months he has addressed this issue head-on, going as far as to say that the parishioner who gossips is serving as an accomplice of the devil.

This is strong language, and the fact that at least half a dozen times in recent months the pope has repeated this concern is a sign that he sees gossip as a serious problem, especially in parishes. It is significant that he is often moved to speak about the “parish sin” of gossip immediately after commenting on global conflicts and wars, or great heresies and schisms.  He knows that too often we express outrage against war in Iraq or Gaza, and minutes later unwittingly wage war on our brothers and sisters using the ammunition of an unkind word or negative implication.

It is as if the pope in his anti-gossip comments was reflecting on today’s Sunday readings, especially the gospel: If you have a concern with your brother “go and have it out with him alone, between your two selves.” (Matthew18:15)  A child rarely does this and instead will run from the situation to report the incident to a parent or teacher. If this adult is wise, they will usually take the child directly back to the situation in an effort to resolve the tension. If this is tried and proves impossible then the scripture continues with equal clarity: “If he does not listen, take one or two others along with you: the evidence of two or three witnesses is required to sustain any charge.” This considered and reflective procedure of course requires a maturity beyond that of the five year old who might instinctively be set on removing the obstacle using whatever weapons are at hand. But an adult knows that relationships with both friends and strangers, are precious gifts, and the people God has placed in our path are given to us to accompany us to the fulness of life both here in the present, and eternally. For this reason today’s second reading: “You must love your neighbour as yourself” (Romans 8-10)

It takes significant maturity to make the connection between national and global wars and local parish tensions. Perhaps it is helpful to remember that an action of war can never do any more than overpower an oppressor. War has never brought the depth of peace the human heart longs for. This awareness reminds us that the same is true in our relationships with our neighbours, family and friends, workmates, and parishioners: to speak speak about another person in a way that could be interpreted as negative, is (to quote the pope) to cooperate with the devil. It is an action of war.

It is natural that there will be differences of opinion in any family, workplace or community. This is nothing more than a sign that we each reveal a different dimension of the face of God. Each of us is unique, and each of us will see reality with different eyes. It is inevitable too that there will be tensions and conflicts between people who work and live closely together. Most often the way ahead is to not simply follow one of the two (or more) presenting points of view, but a working together to broaden perspectives and discover new and hope-filled possibilities through which the Spirit of God provides more than we could ask or imagine. (Ephesians 3:20)

It might be easy to justify my gossip when I am simply reporting (negative) facts. I can think that if someone’s bad behaviour is a fact, then it is ok to share it. I heard recently of a medical centre patient who was unhappy with his doctor so without speaking or writing to the doctor or the management at the local medical centre, wrote to the Prime Minister! I can only presume that this patient was either not a Christian or was unfamiliar with the clear procedure presented in today’s gospel. Too often we are all similarly motivated by malice rather than love.

Many parishes are concerned about decreasing numbers of people who have a regular and active connection with the parish, and the even smaller numbers of young people taking part in the life of the parish. If we live as Christ clearly presents, taking today’s gospel teaching literally, our parish will grow since nothing is more attractive and contagious than the life of Christ lived radically and fully. 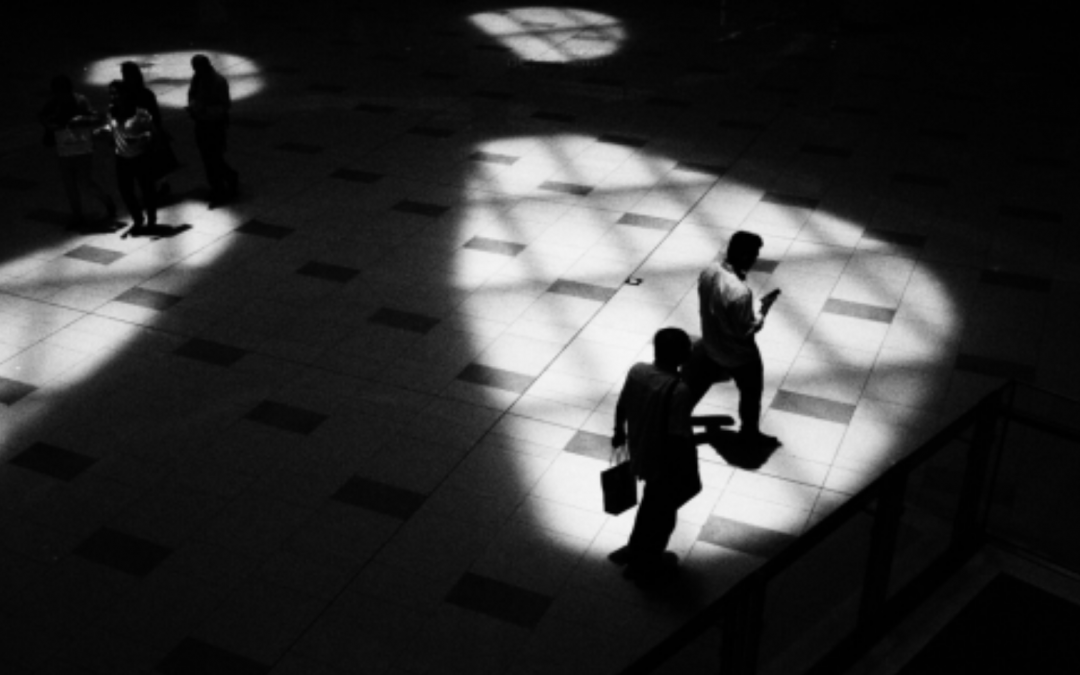