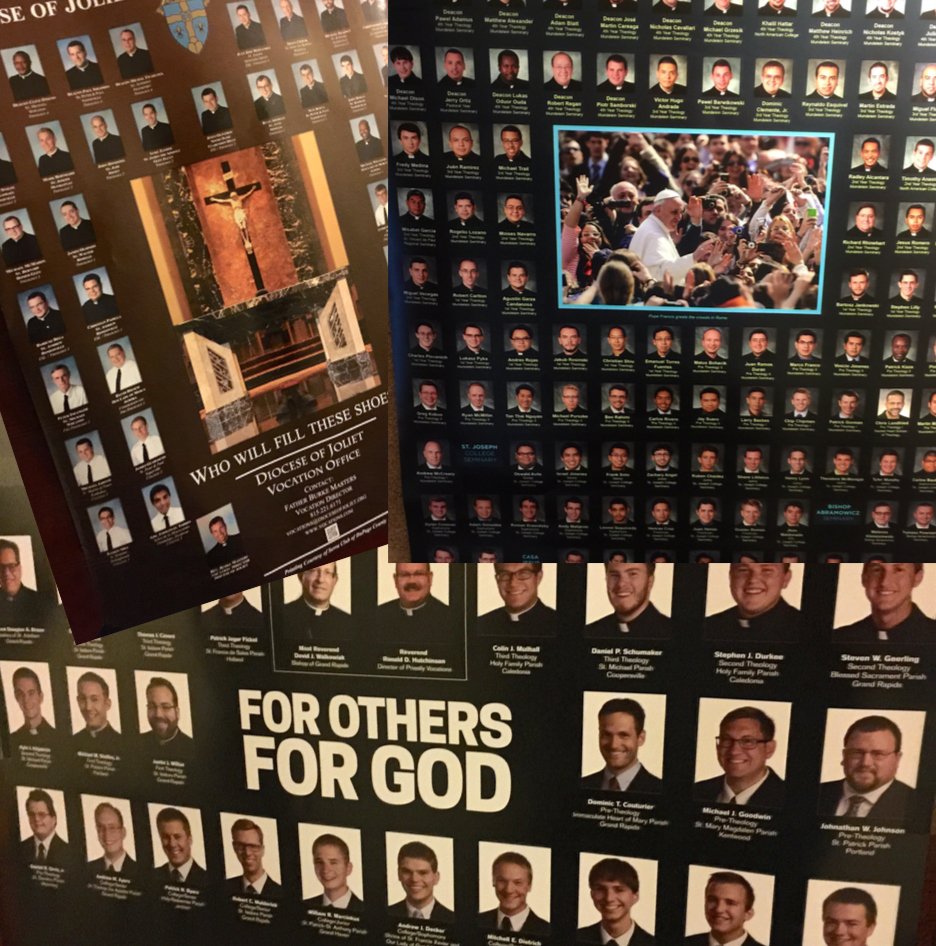 A few months ago I was speaking to a young person who said he hoped to know his plans for next year by the middle of this year. Since then a number of other people have made similar comments, expressing a feeling that what they are doing now is not what they want to be doing in a few years.

Many young people feel a call to live life as a great adventure. Unfortunately the fears of a secular society and the pressures of conformity too often reign in and temper these healthy youthful dreams. This is a tragedy because now as much as ever our world is a place that needs the dreamers who look beyond what is, to hope and work for what is yet to be.

Almost thirty years ago I was ordained as a diocesan priest of the diocese of Christchurch New Zealand. A few months ago the bishop appointed me as Vocations Director and this new appointment has got me thinking more than ever about the way God has guided me to serve as a priest. I cannot imagine being happier living in any other way. I could have remained wisely working in the Social Welfare department in Timaru. Leaving a secure job was a risk, but I have no regrets and I often thank God for giving me the opportunity to live beyond the security of a stable job and comfortable environment.

Diocesan priesthood has given me the opportunity to be a doctor of souls, working with people across the diocese in their joys, hopes, griefs and anxieties. I have served in parishes in Christchurch, West Coast, North Canterbury and Chatham Islands,  I have had the opportunity for further study in the fields of spirituality and liturgy. Leading retreats and seminars has taken me across New Zealand and further afield to Australia, many parts of Asia, and to Europe. In every place I have friends who remind me that they journey with me, and that God never abandons me. All of this has been possible for me as a diocesan priest of the diocese of Christchurch New Zealand,

For the past thirty years I have been serving as a priest in New Zealand’s post-Christian culture where Jesus Christ is seen as nothing more than a wise teacher, and the Catholic church as problematic and irrelevant.  For these three decades whenever Vocations to the Priesthood are mentioned it is in a context that perceives the situation as a shortage at best and more often a crisis, but this is not my experience.

At present I am studying Liturgy at St. Mary of the Lake University in Chicago. The University serves primarily as a seminary and on the corridor walls there are posters with photos of the (mostly) young men who are in seminary discerning whether or not God is calling them to be a priest. A seminary is not a place for those who have decided to be priests. Rather it is a house of discernment that stretches men intellectually, pastorally, spiritually, emotionally… enabling them to become fully who they have been created to be.

Seminaries in the US, Australia and New Zealand have a problem: Many of them are full and needing to build more accommodation for the growing number of seminarians.

I have had the privilege of meeting a number of the newly ordained priests who have returned to the university for further studies. They are an inspiring bunch who are living life to the full.

Some years ago Cardinal Bernadin when he was Archbishop of Chicago said:

“The priesthood is a passionate commitment, a fiery-eyed vision and an insatiable thirst for holiness and practical justice. The priest is called to be a challenger, enabler, life giver, poet of life, musicmaker, dreamer of dreams. He must be a man of deep personal faith, conformed to Christ,…..any attempt to explain the priesthood apart from the mystery of Christ is fruitless……..to explain the priesthood in purely human terms, though often well intended, has in fact caused confusion and pain among the best of us.”

If you are looking for a simple job that pays well, has good hours, and makes sense to your friends, then don’t consider priesthood. If you are looking ahead to next year and have a sense that God may be nudging you towards a life-long adventure that looks beyond the things that society says are important, you might like to think more about life as a diocesan priest.

If you have questions or want to chat further, send me an email: vocations.chch@gmail.com.

If you know of a young(ish) man who might be open to considering life as a diocesan priest, you might like to forward them a link to this page.

I met Fr. Connor Danstrom last year and found this brief video clip only today when I was searching vocations websites. I thought you might appreciate it as I did.