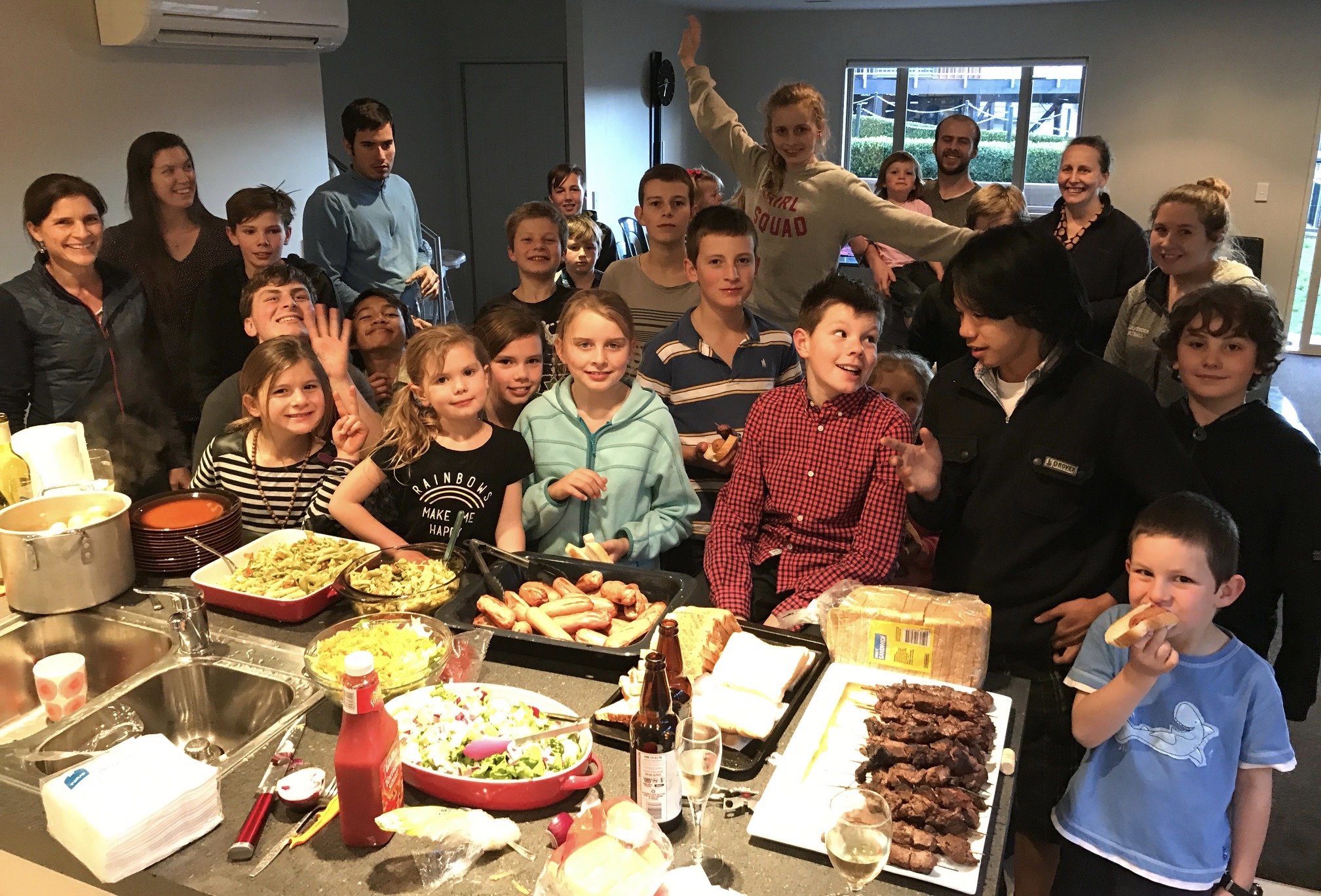 I want to share with Food For Faith readers a great grace, a sign of hope that I experienced this weekend in the Catholic community of the Hurunui.

We are a small community, with around 80 people spread over four or five Sunday Masses (depending on the Sunday of the month). Some of our churches see perhaps a dozen parishioners at Mass in churches were there used to be well over 100 worshippers. I am regularly the youngest parishioner at Mass in four of our six churches.

In the 1960’s & 1970’s there were three priests and three religious sisters (of the Holy Faith) ministering in the then three Hurunui parishes.

Census statistics reveal that there are around 1000 Catholics in the region. Given that these are people who still name themselves as Catholic (at least in the census), we have needed to ask some big questions about the effectiveness of our pastoral ministry in the Hurunui.

In many ways our geography has worked against us. Numbers of parishioners decreased in the ’70’s and ’80’s (in significant part due to changes in farming and family sizes) leaving one priest frequently based at great distance from the majority of parishioners. Sunday Masses were regularly replaced by Services of the Word with Holy Communion, often resulting in a confusion regarding the centrality of the celebration of the Mass.

However it has been clear in recent years that many local people still feel a deep attraction to the Catholic Church seeking to have their children initiated through the sacraments of Baptism, Confirmation, and Eucharist.

Given our parish geography it was difficult to arrange regular preparation sessions and formation of both children and their parents was consequently often inadequate. Too many children come to Mass for their First Communion and make their second Communion at their Confirmation half a dozen years later.

This past weekend we invited young families who have requested Baptism and First Communion for their children  to a weekend in Hanmer Springs. The generosity of a donor from outside the parish (please offer a prayer for their intentions) enabled us to provide good accommodation and food for the 40 parents and children who attended. Other parishioners also helped out with baking.

When I arrived at the gathering I was deeply moved and inspired to see adults (most of whom had never met until a few hours earlier) eager to discover something of the beauty of the Catholic faith, and children at a separate session learning about the centrality of God in human life.  The formation sessions with the adults were robust and appreciated.

In the breaks between sessions new friendships formed and quickly deepened. The Saturday night barbecue was one of many highlights. Brunch on Sunday finished with the group watching the All Black and Pumas play with both Argentina and NZ born parishioners watching together.

The weekend finished with plans for a second weekend with more people in a few months, and the response was very enthusiastic when I invited the group to dinner at the presbytery in a few weeks.

Pope Francis suggested recently that we are no longer living in a changing era. Instead, he suggests, we are in a change of era.

The evidence of this past weekend’s parish gathering supports the pope’s comment. Over many decades committed parishioners in the Hurunui have taken the lead at the heart of the parish. We are grateful for this legacy of Catholic faith they are passing to younger parishioners.

Now the baton is passing to a new generation of Hurunui Catholics.

As these younger adults and their children discover the beauty of their Catholic faith, let’s support them in every way possible, especially by offering a prayer for them and for their needs and intentions.